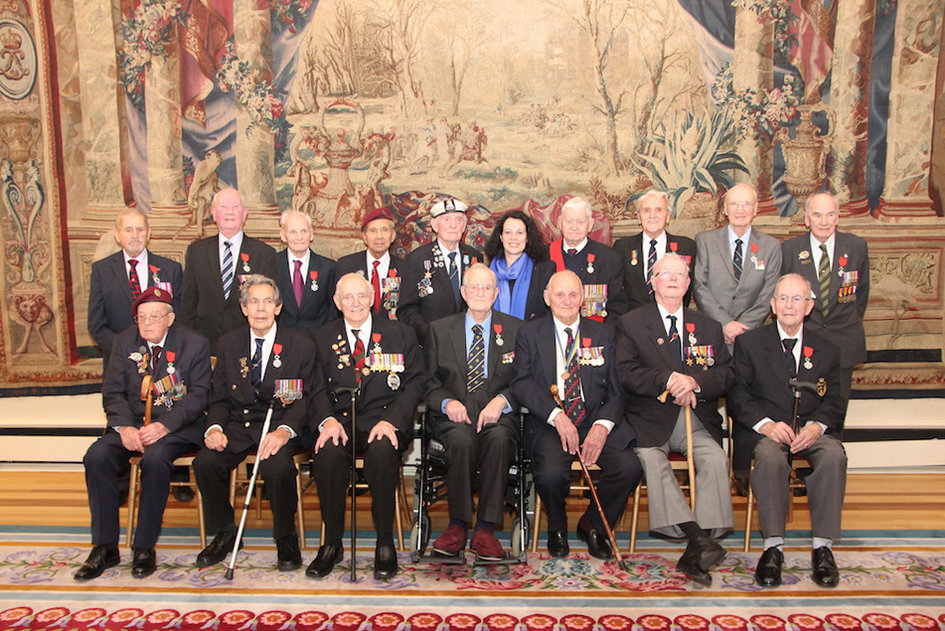 Sixteen British World War II veterans were presented with the Légion d’honneur, France’s highest distinction, during a ceremony at the French Ambassador’s Residence in Kensington, London.

The medals were presented by Ambassador Sylvie Bermann.

The veterans were honoured for their role in securing France’s liberation during the Second World War, many of them having taken part in the D-Day Landings in June 1944.

Ambassador Bermann said: “I feel privileged and incredibly moved to award these veterans with France’s highest distinction, which is our way of thanking them for the tremendous service they did to our country in the Second World War.

“We shall never forget the courage of those who fought for France’s liberation over 70 years ago. To them, France owes its freedom.”

The ceremony was the latest in a number of medal ceremonies that have taken place around the UK since the 70th anniversary of D-Day in June 2014, when President François Hollande pledged to honour all those British veterans who had served in France during the war.

Watch our interview with David Render below: