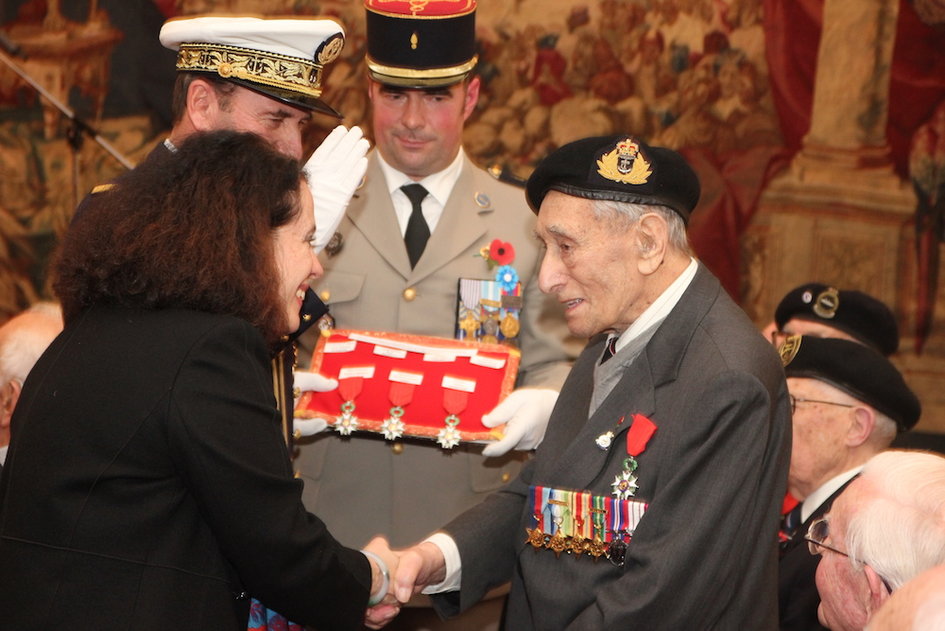 Seventeen British Second World War veterans were presented with the Légion d’honneur, France’s highest distinction, during a ceremony at the French Ambassador’s Residence in London.

The medals were presented by the French Ambassador to the UK, Sylvie Bermann and the Defence Attaché Rear Admiral Patrick Chevallereau.

Ambassador Bermann said: “This ceremony is not only to thank the brave men who fought in the name of freedom. It is also a message to every British person: that we shall not forget.”

The veterans were honoured for their role in securing France’s liberation during the Second World War, with many having taken part in the June 1944 D-Day landings.

The medal ceremony follows a number of others that have taken place around the UK since the 70th anniversary of D-Day in June 2014, when President François Hollande pledged to honour all British veterans who had served in France during the war. France has so far had the privilege of decorating more than 4,300 D-Day veterans across the country.

The full list of veterans (in order of decoration) is:

To see all the photos from the event, click the image below. 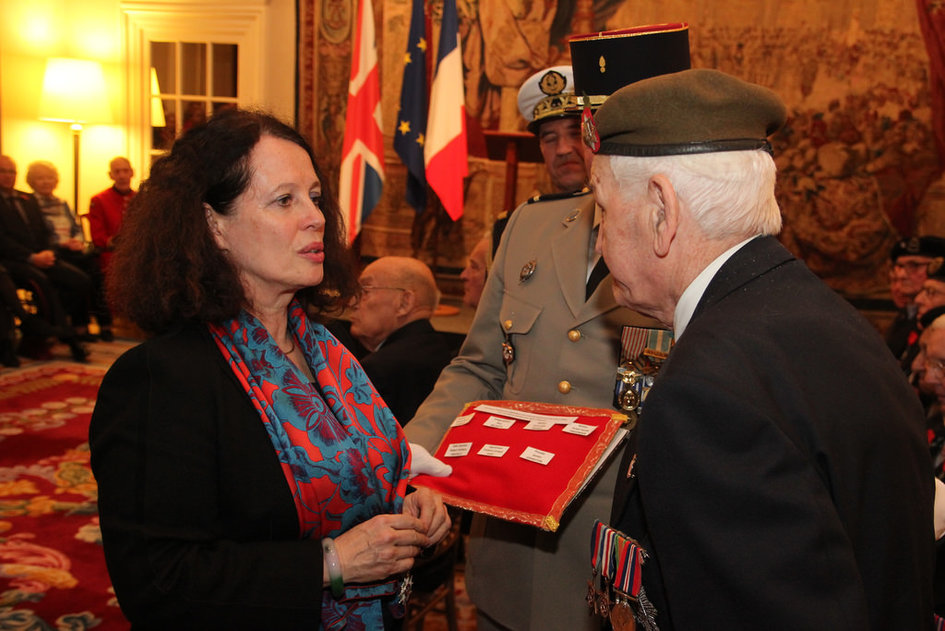