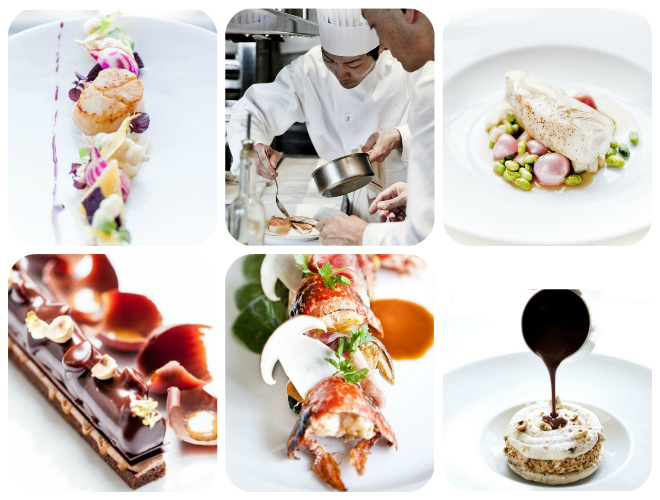 Marinated scallops, confit of duck, lobster bisque, roast partridge breast, wild seabass with celeriac, rhubarb and white chocolate soufflé… This is just a selection of the mouth-watering dishes that are being served up tonight at restaurants around the UK, as they join in a day-long, worldwide celebration of French food.

Over 1,300 restaurants all over the world – from Finland to Fiji – are today taking part in the first ever Goût de France/Good France, an event that brings together chefs, restaurants and food lovers to experience French food in all its creativity, diversity and conviviality. Diners will be treated to specially-devised French gourmet menus, each one reflecting the individuality and influences of the chef who created it.

Here in the UK, there are 20 restaurants taking part this evening, from local bistros to fine dining establishments, and from London to Harrogate. I was lucky enough to meet many of their head chefs earlier in the month when they joined me at the French Residence for the Good France launch. One of my favourite moments was when one young British head chef of a London restaurant went to speak to his former tutor, the two Michelin-starred French master Raymond Blanc, who had taught him the fundamentals of French cookery back at the start of his career.

The whole evening - which brought together chefs from different parts of the country and of different ages, backgrounds and cooking styles – was a wonderful demonstration of how French cooking can span different cultures and generations, and how it is very much still relevant today. Tonight, each of these chefs will be offering their take on French food and I am in no doubt that each and every one of their dishes will be nothing short of delicious.

We also have a sumptuous feast to look forward to at my residence this evening, prepared by seasoned head chef Gilles Quillot. Having been the French Embassy’s head chef for 17 years, he has cooked for French Presidents, British politicians and foreign dignitaries, but this is the first time that he will take part in a global event of this magnitude, mirrored by his counterparts who’ll be cooking their own French meals at our 163 Embassies around the world. It promises to be a spectacular evening!

Whether you’re sitting down for a meal at one of the UK’s participating restaurants, trying out a French recipe at home, or simply sharing a bite to eat with friends or family, I hope that you will be able to find your own Goût de France to enjoy this evening.

Gastronomy is one of best ambassadors for France - Spokesman