The French physicist Alain Aspect has been elected Foreign Member of the Royal Society last April 30th. He joins other eight French members of this prestigious institution. This nomination adds to an already long list of prizes and awards. 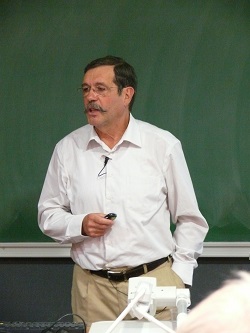 Currently Augustin Fresnel Professor at the “Institut d’Optique”, Alain Aspect has carried out experiments that were crucial for the understanding of quantum optics and atomic physics. He’s notably recognised by having demonstrated experimentally the wave-particle duality of single photons and the impossibility of separable hidden-variable theories. More recently, his interests lie in the study of ultracold atoms. For more information, please visit his website.