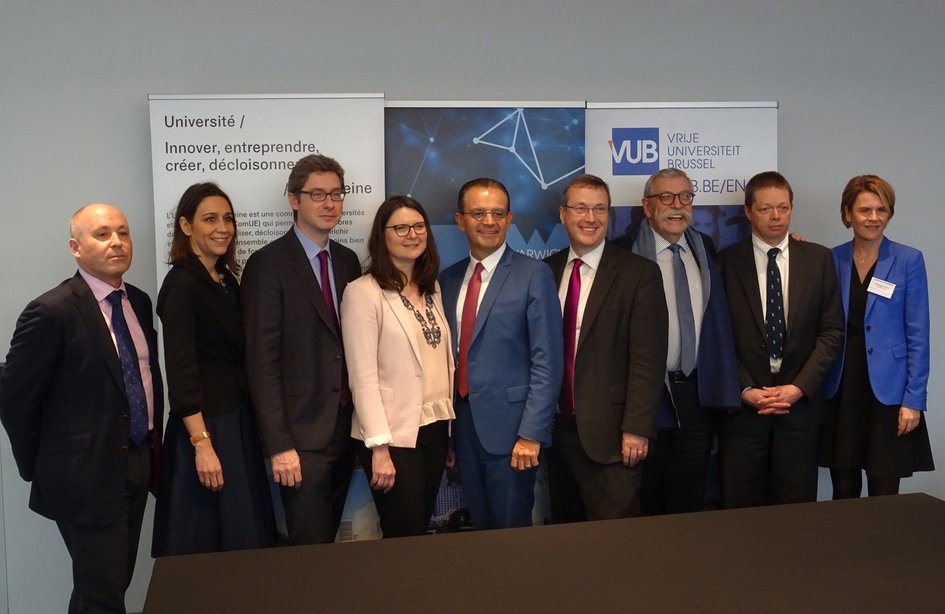 The University of Paris-Seine and the University of Warwick signed a Memorandum of Agreement on Wednesday, 28 March 2018 in London. The signing ceremony took place in the presence of Paris-Seine Initiative members (Cergy-Pontoise University, ESSEC, EISTI, ENSEA, ComUE Paris Seine), winners of the “I-SITE Initiatives of Excellence”, in the framework of the Investments for the Future Programme (Programme Investissement d’Avenir, in French).

The two universities are committed to increase researcher and student mobility from the start of the 2018 academic year. The announcement was preceded by a workshop at the University of Warwick and was made in the brand-new premises of the Warwick Business School in the famous skyscraper The Shard.

At the same time, the University of Warwick signed a similar agreement with the Vrije Universiteit Brussel (Brussels).

The three universities are looking beyond this double-agreement, which could be part of the future "European universities" programme.