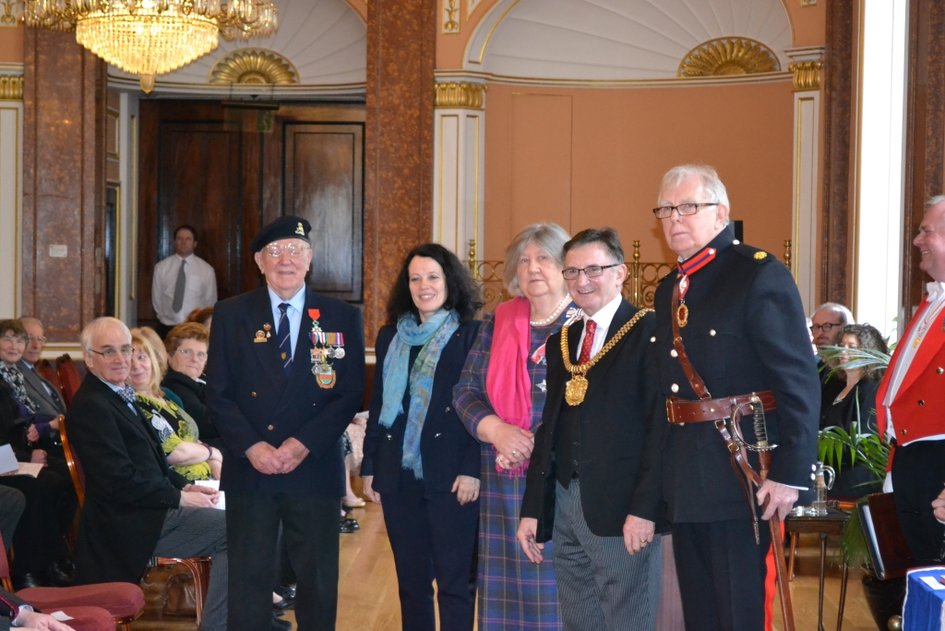 Ambassador Bermann spent two days in the city of Liverpool, where on Thursday she met the mayor, Joe Anderson, addressed students at Liverpool University on the forthcoming EU referendum and Franco-British relations and visited several French companies operating in the area, including Nutricia (Danone), world leader in advanced medical nutrition.

The Ambassador also visited the Sedgemoor Reablement Hub and Dementia Day Service, as well as the Matisse exhibition at the Tate, Albert Dock.

In keeping with President Hollande’s pledge to honour those soldiers who fought for France’s liberation in the Second World War, Ambassador Bermann attended a ceremony on Friday at Liverpool Town Hall to award the Légion d’honneur to 11 veterans.