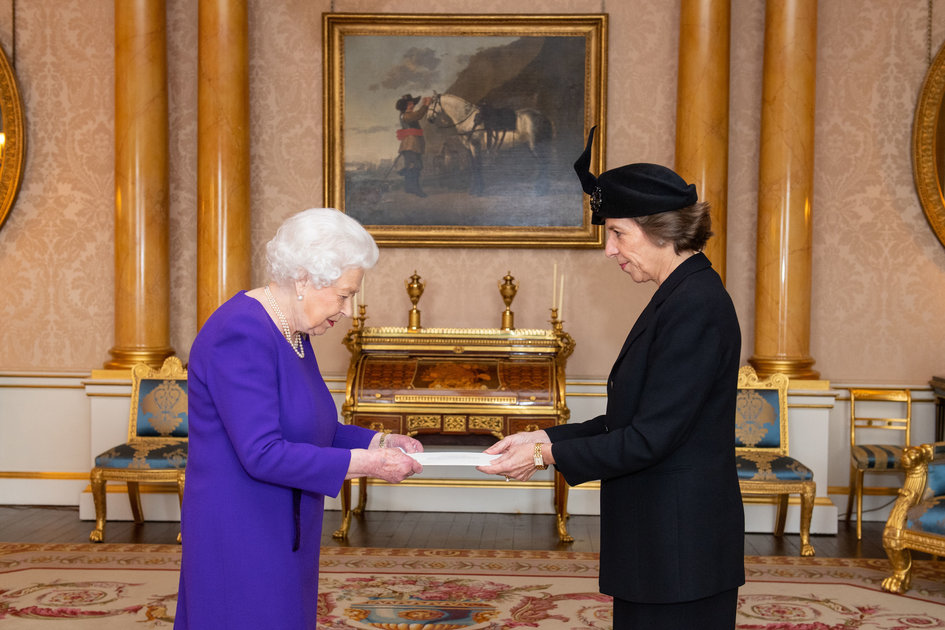 French Ambassador to the UK Catherine Colonna has attended Buckingham Palace where she presented her credentials to Her Majesty The Queen.

Credentials, also known as “letters of credence”, refer to the formal documentation accrediting an Ambassador as head of a diplomatic mission.

These letters, signed by the President of France, are presented to the Head of State of the receiving country. In the UK, this is done in a formal ceremony during which Her Majesty The Queen personally receives the heads of a diplomatic missions.

Traditionally, an Ambassador would not have been considered to be in post until this ceremony had taken place. Today, however, an Ambassador is permitted to represent his or her country from the moment copies of his credentials are delivered to the Foreign and Commonwealth Office.

The Ambassador and four members of her diplomatic staff travelled in state carriages from the French Residence to Buckingham Palace. The Ambassador then privately met with Her Majesty before returning to the Residence, where the Ambassador hosted friends, and colleagues for a celebratory “vin d’honneur”. Meanwhile, Her Majesty’s horses were rewarded with apples and carrots!