The new French Ambassador visits Dover and Folkestone to better understand how the British-French border works and the measures being taken in the context of Brexit. 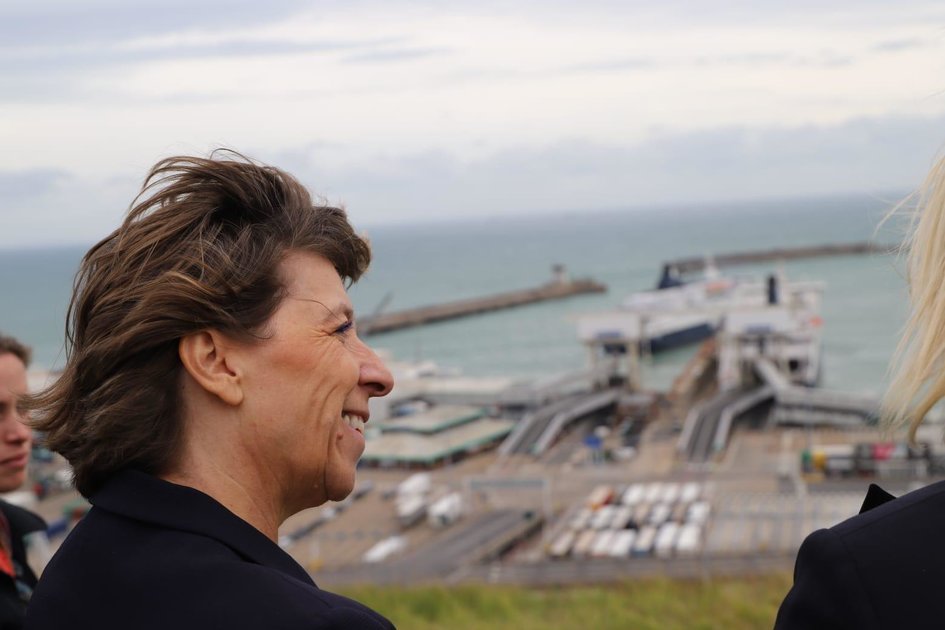 On 6 September, three days after taking up her post, the new French Ambassador to the UK, Catherine Colonna, visited Dover and Folkestone. The aim of the trip - her first outside London - was to gain a better understanding of how the UK-France border works and of measures being taken in the context of Brexit.

The two coastal towns in Kent play a key role in relations between France and the UK. The strait separating the English Channel and the North Sea is actually the busiest crossing-point between the UK and the European continent, accounting for 70% of UK-EU exchanges. 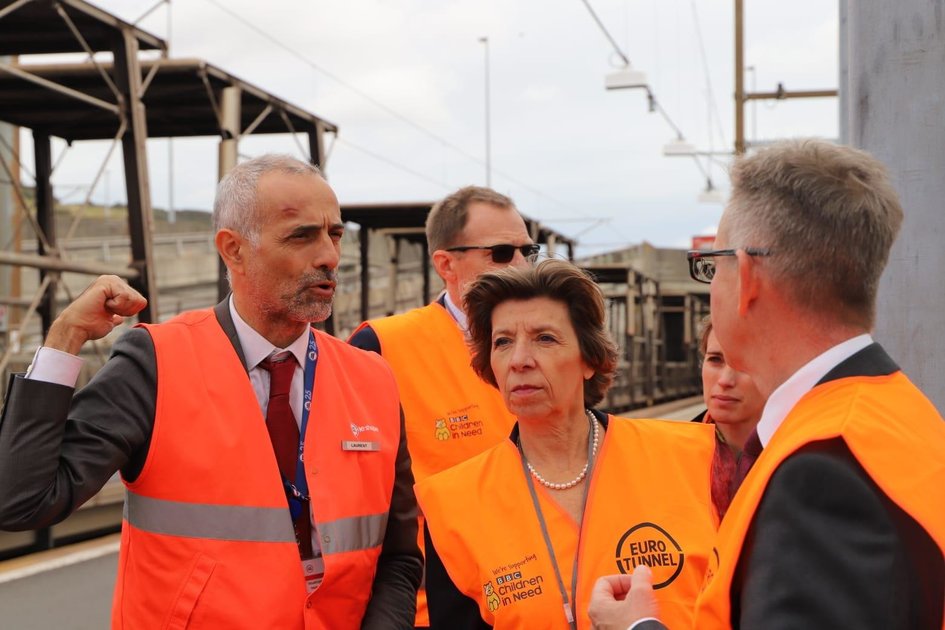 The delegation first visited Folkestone, where the Channel Tunnel entrance and exit are located. The Ambassador saw British infrastructure ranging from control rooms to boarding platforms. Every year the Channel Tunnel - which this year celebrated its 25th anniversary - carries 1.6 million lorries, 1,800 freight trains and 2.6 million cars. 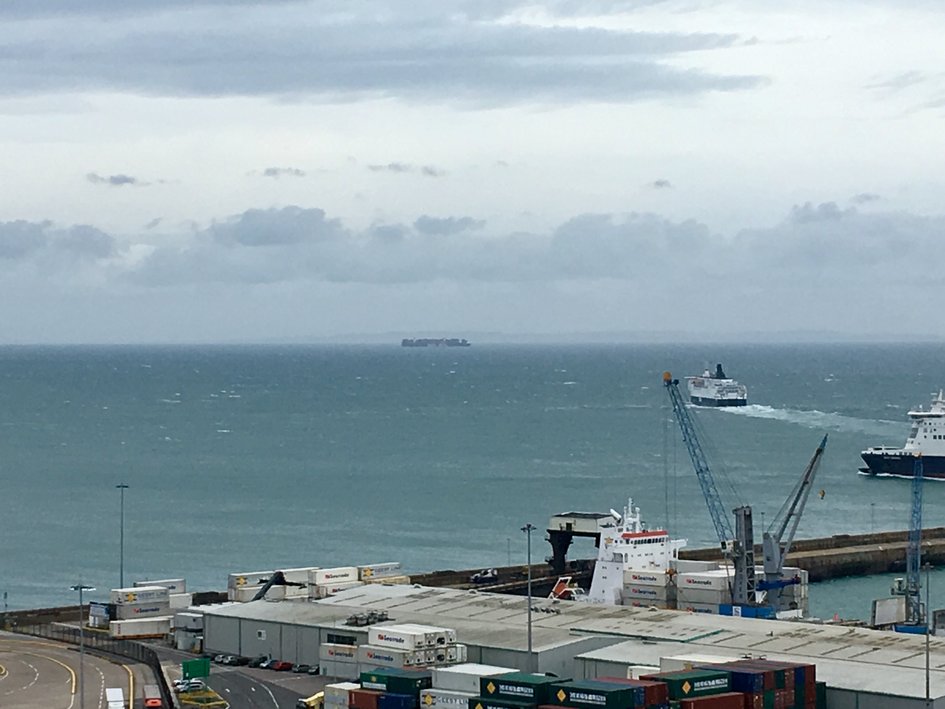 In the second part of the day, the delegation visited the port of Dover, the busiest in Europe in terms of passenger traffic, with 2.4 million lorries and 2.2 million cars passing through it annually.

In the course of the day, the Ambassador had the opportunity to visit the two sites’ facilities, see the work of the UK Border Force and meet French police and customs officers.