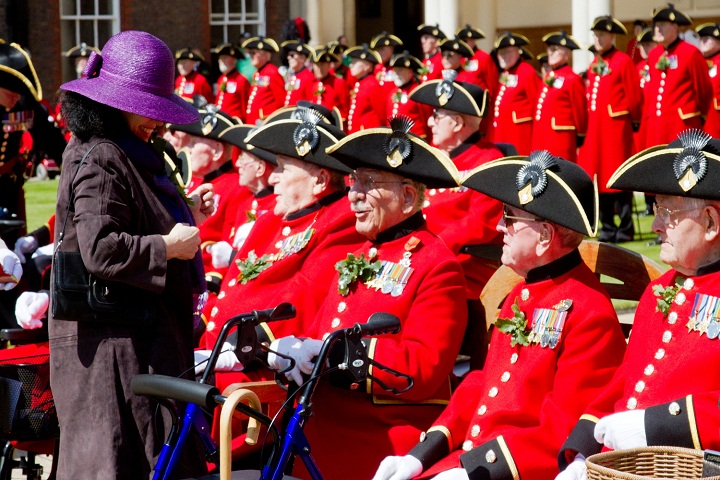 19 Chelsea Pensioners who served during the Second World War were awarded the Légion d’honneur by HE Sylvie Bermann, the Ambassador of France to the United Kingdom, in a special presentation before the Founder’s Day parade.

HRH The Duke of York KG reviewed the Chelsea Pensioners at the 323rd annual Founder’s Day Parade, which commemorates King Charles II’s founding of the army veterans’ home, the Royal Hospital Chelsea in 1681.

At the start of the parade, attended by His Royal Highness, Ambassador Bermann awarded the Légion d’honneur to 19 Chelsea Pensioners who served on D-Day and beyond for the liberation of France.

Ambassador Bermann said: “I am very honoured to be awarding the veterans of the Royal Hospital Chelsea with the Légion d’honneur today, on behalf of the French President François Hollande. Living as we do in a Europe at peace, we must not stop remembering the heroes of June 1944 and later, those men and women who came from across the Channel to liberate France.

“In presenting the Chelsea Pensioners with France’s highest honour today, we demonstrate our immense respect and gratitude to them for the role they played in securing our freedom over 70 years ago.” 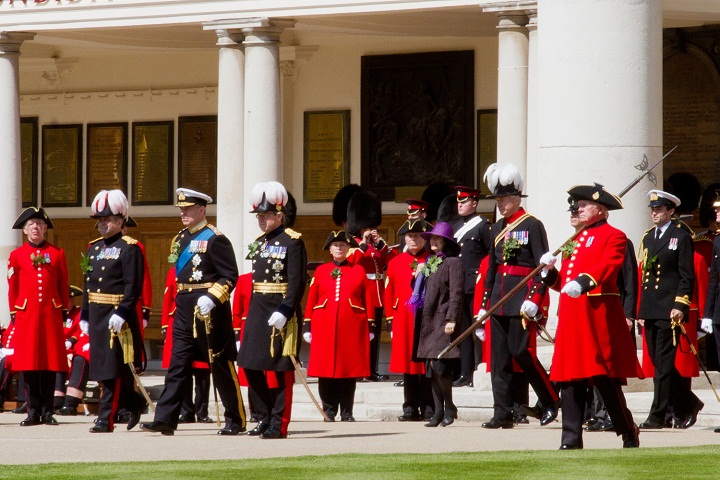 The Royal Hospital Chelsea offers a home and the very highest standards of care to around 300 retired soldiers of the British Army during their advanced years, 88 of whom are Second World War veterans.

The Governor of the Royal Hospital Chelsea, General Sir Redmond Watt KCB KCVO CBE DL, thanked Ambassador Bermann and the President of France for the honour that has been bestowed on the Pensioners.

He said: “The presentation of the Légion d’honneur to the Pensioners today is something we will always remember. It was a special moment in the history of this remarkable institution that we will remember with pride because it reminds us of the dedication and courage of all the British soldiers who fought in France in the Second World War, many of whom were later to become Pensioners of the Royal Hospital.”