French Ambassador Sylvie Bermann has presented the Légion d’honneur to 12 British veterans for their role in the liberation of France in the Second World War.

The medals are France’s highest distinction and were presented at the Ambassador’s Residence in London in the presence of Lord Howe, Deputy Leader of the House of Commons and Minister of State for Defence.

France has so far had the privilege of decorating more than 4,300 D-Day veterans across the UK since President François Hollande pledged to honour all British veterans who served in France during the war on the 70th anniversary of D-Day in June 2014.

Paying tribute to the men’s bravery in the same week that Holocaust Memorial Day was commemorated, Ambassador Bermann said: “I am particularly honoured, this morning, to be able to award the Légion d’honneur to 12 extraordinary men who took part in the liberation of France between 1944 and 1945."

Also in attendance to support veteran Schera Masters was a photographer from Blind Veterans UK.

To see the photos taken by the Embassy’s photographer, click the image below. 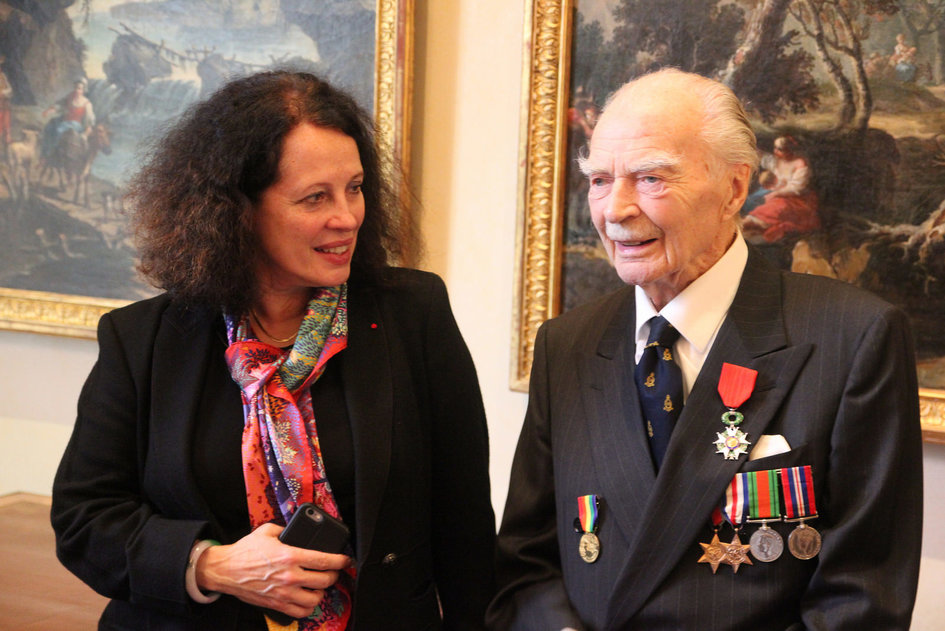