Ambassador presents his credentials to HM The Queen 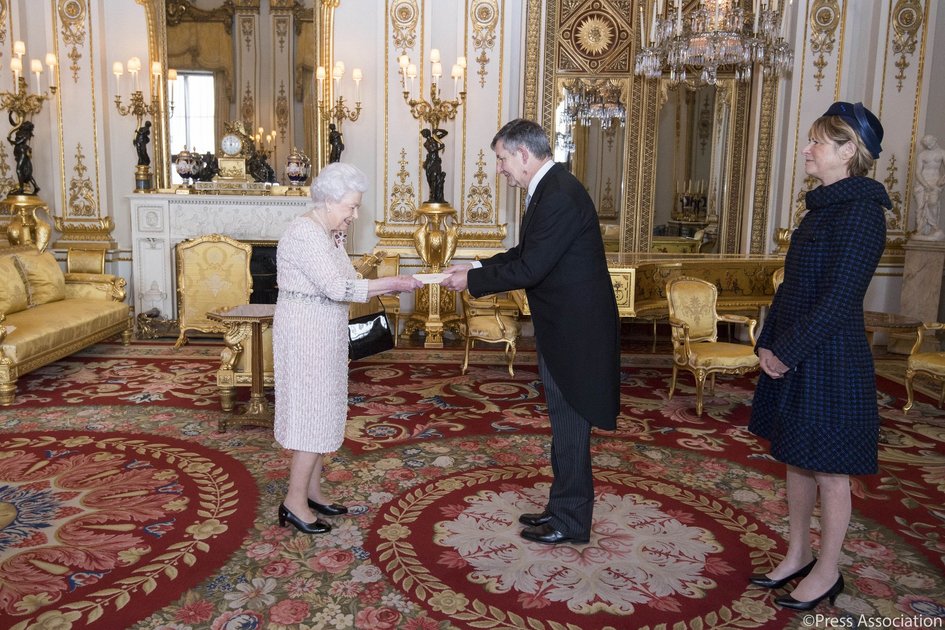 On 28 November 2017, French Ambassador to the UK Jean-Pierre Jouyet was invited to Buckingham Palace by Her Majesty The Queen to formally present his credentials.

Credentials, also known as “letters of credence”, refer to the formal documentation accrediting an Ambassador as head of a diplomatic mission.

These letters, signed by the President of France, are presented to the Head of State of the receiving country. In the UK, this is done in a formal ceremony during which Her Majesty The Queen personally receives the heads of a diplomatic missions.

Yesterday, the Marshal of the Diplomatic Corps, sent by Her Majesty The Queen, escorted Ambassador Jouyet, his spouse, and four members of his diplomatic staff in state carriage. The procession travelled from the French Residence to Buckingham Palace via Constitution Hill for approximately 20 minutes, whereupon arrival they were escorted inside to meet with Her Majesty The Queen for the presentation of his credentials.

The Ambassador privately met with Her Majesty The Queen before presenting his wife and staff. The delegation was then accompanied back to the Residence, where the Ambassador hosted family, friends, and colleagues for a celebratory “vin d’honneur” and a final tradition was honoured: Her Majesty’s coachmen were thanked with champagne and their horses were rewarded with apples and carrots! You can watch our video of the day below: