The Ambassador, accompanied by Greg Clark, British Secretary of State for Business, Energy and Industrial Strategy, and Richard Harrington, Parliamentary Under Secretary of State responsible for nuclear energy, visited the Hinkley Point C site in Somerset on 25 May 2018. The visit provided the opportunity to reaffirm the UK and France’s support for nuclear energy in general, and at Hinkley Point in particular, to the teams there. 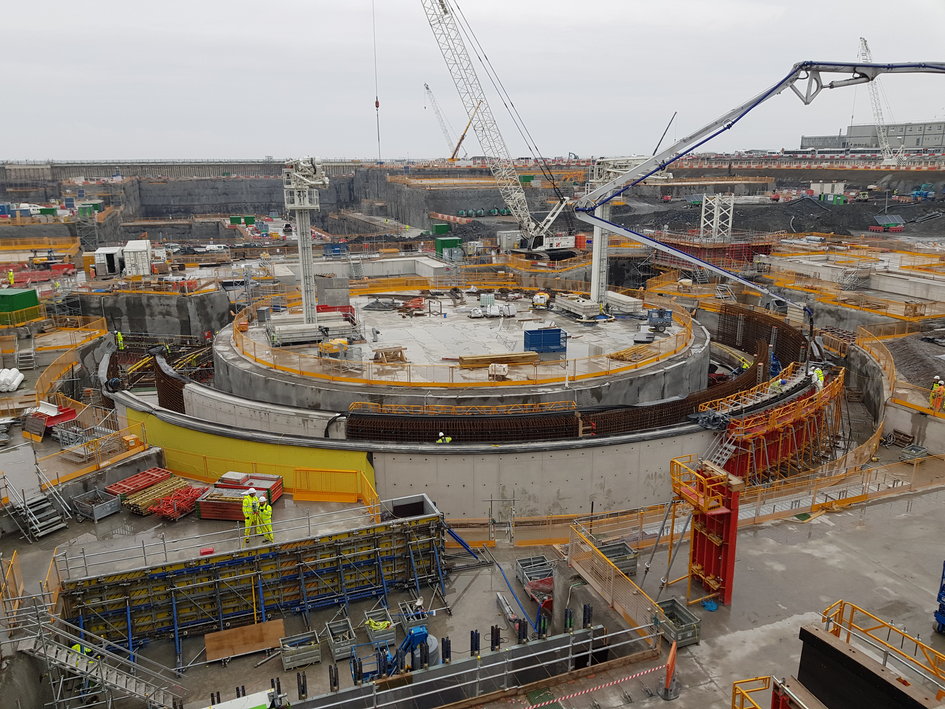 Two nuclear EPR reactors are being built at Hinkley Point C. Spearheaded by EDF Energy and CGN, the project is part of Britain’s industrial strategy aimed at promoting the production of clean (low-carbon), reliable electricity, such as nuclear energy, to replace fossil fuels. The UK actually plans to cut its greenhouse gas emissions by 80% between 1990 and 2050 to combat climate change, and nuclear energy is one of the energy sources which emits the least amount of greenhouse gas over its total life cycle. Against this background, several projects to build new nuclear power stations, which will replace the existing nuclear fleet and some of the fossil fuel power stations, are starting to see the light of day in the UK. Hinkley Point C will be the first of these.

According to EDF Energy and CGN, 25,000 jobs will be created during the construction period, 34% of which will be local. This will involve several thousand people being recruited a year throughout the supply chain over the next few years. When it is up and running, the power station will employ around 900 people. 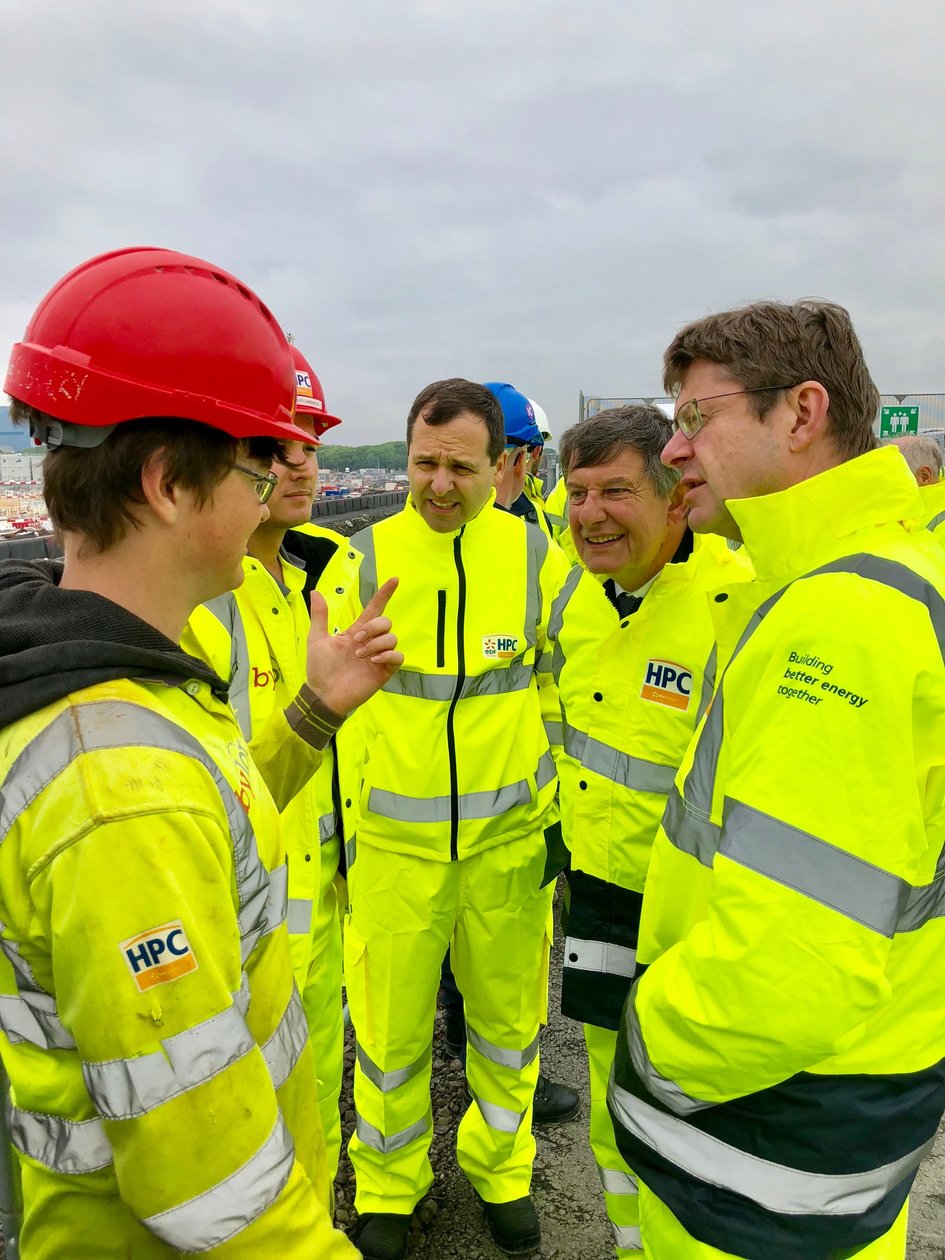 The nuclear industry is a high-technology industry requiring a skilled workforce. Several universities – like the University of Bristol, which the Ambassador visited the previous day – are improving their science and nuclear technology training provision in coordination with the industry, sometimes by getting involved with French institutions (Ecole d’Arts et Métiers, INSTN) to develop common teaching and research programmes. As part of Hinkley Point’s construction, EDF Energy and CGN aim to train 1,000 apprentices. Just under two years after the project began, a quarter of this target has been achieved, with the 250th apprentice arriving at the time of the visit by the Ambassador and ministers’ visit.

In addition to jobs and training, Hinkley Point will benefit Britain’s economy and industry, since EDF Energy and CGN have pledged that 64% of the value of contracts linked to the construction will go to British businesses.

Negotiations are currently under way between EDF Energy, CGN and the British government to build two other EPR reactors on the Sizewell site in Suffolk. EDF Energy estimates that construction costs for this new project could be 20% lower than those of Hinkley Point, given the replication of techniques and the feedback. Experience shows – and this is not unique to the nuclear industry – that the “series effect” can bring about significant cost reductions.