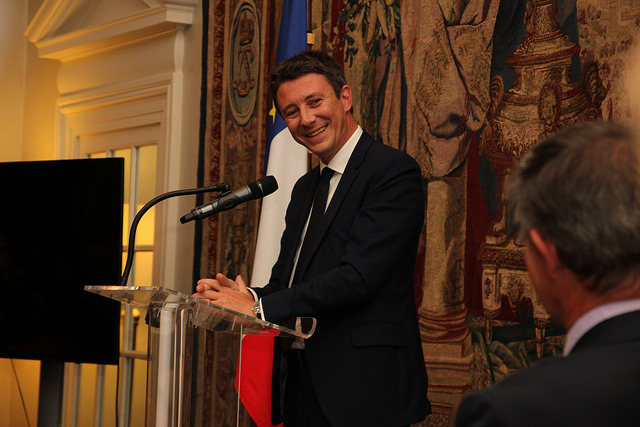 Benjamin Griveaux, Minister of State for the Economy, has visited London to discuss the recent financial and labour reform plans introduced by President Macron and to make the case for Paris as a future home for financial institutions in the wake of Brexit.

The two-day visit included attending a reception for France’s business community held by the new French Ambassador to the UK, Jean-Pierre Jouyet, at his Kensington residence.

Paris is currently bidding to be the new home of the EBA when the UK leaves the EU.

Watch the minister’s appearance on Sky News below.

Paris pitches to be home of European Banking Authority