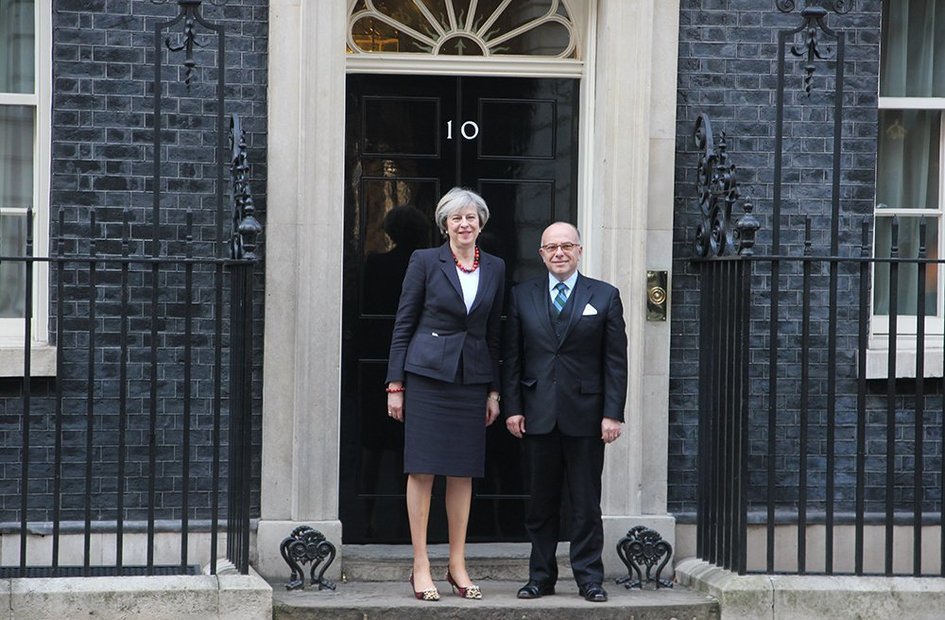 Both prime ministers discussed bilateral relations between France and the United Kingdom and were joined by French Ambassador to the UK Sylvie Bermann and British Ambassador to France Ed Llewellyn.