Champions League Final (28-29 May 2022): arrangements for foreign nationals who were victims of crime 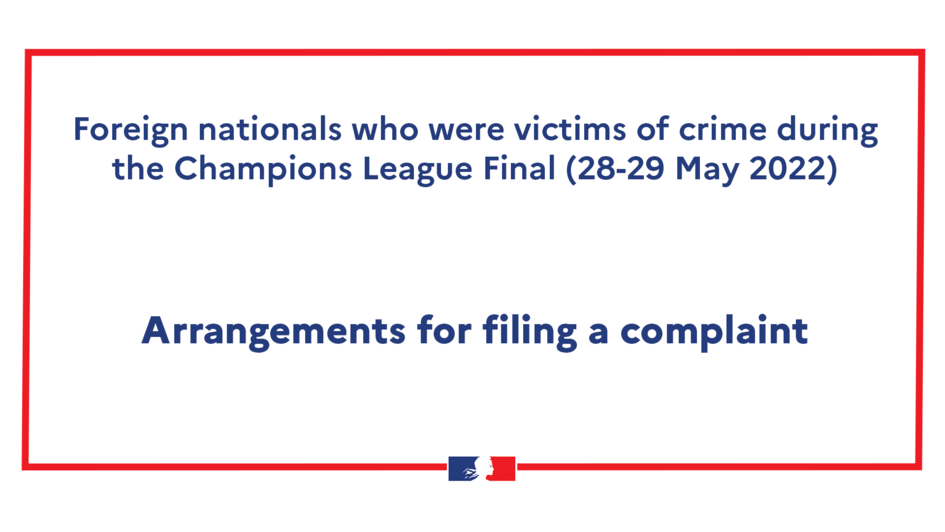 Since 6 June 2022, foreign nationals who were victims of crime during the Champions League Final on 28 and 29 May 2022 have been able to file a complaint to the French judicial authorities.

These temporary arrangements reflect the French Government’s wish to give foreign nationals the opportunity to get in direct contact with the French judicial authorities regarding crimes of which they believe they were victims during the event.

The complaint form (new updated version, which can be filled in electronically, downloadable here) can be completed in English and should be posted to:

Complaints will be investigated by the Public Prosecutor regardless of the nature or suspected perpetrator of the offence. If you have completed the previous version of the form you do not need to do so again.

You may if you wish receive support in completing the complaints form by writing to support@ambafrance-euc.fr