Simon Stocker is an Advanced Practitioner in Culinary Arts at Westminster Kingsway College in London. As part of Goût de France/Good France on 21 March, he will be serving a special French meal at the college’s restaurant, Escoffier 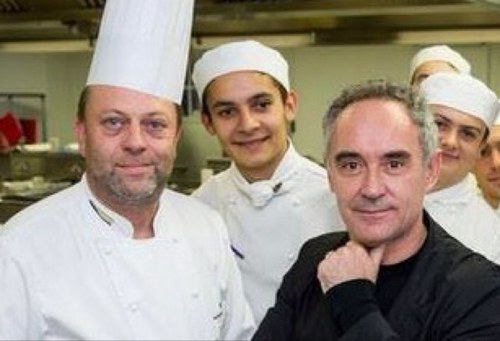 I was always interested in cookery from a very young age; my father was an Army cook on National Service, my grandparents owned cafes and pubs and my great grandmother ran theatre bars in the Portsmouth area in the early 1900s. So it was always in the blood. I really wanted to know the traditional classical way of cooking so went to college to learn French cuisine and it has always been the basis of my cooking and teaching since.

What do you think makes French food special?

The fantastic array of ingredients from a country with many regions and microclimates, and the traditional preparation and cooking methods.

There are so many but I really love the richness of braises, so something like a Daube de Boeuf Bourguignon, which is a braise of ox cheek in a rich red wine sauce finished with cognac, bacon, baby onions, baby mushrooms and parsley served best with a rich buttery and creamy pommes puree.

Braising and poêle, for the richness of flavour in the braise and the gentle moist roasting in a poêle.

Which French chef do you admire most?

Many! Of course we have to include Auguste Escoffier as the godfather, Paul Bocuse, and more recently Michel Bras. On this side of the Channel who could not mention Albert and Michel Roux, Pierrre Koffmann and Raymond Blanc as those who have helped train many chefs and change the food culture of Britain.