While the COP21 international conference is only a few months ahead, the French Agricultural Research Centre for International Development (CIRAD) co-published last month 2 studies on climate change: a report on some French research organizations’ work regarding impact and adaptation to climate change, and a paper in Nature about the Amazon losing its capacity to sequester atmospheric carbon.

This dossier has been compiled and produced by Agropolis International, an association of various research organisations located in the South of France. The report aims at showcasing the actors based in the region Languedoc-Roussillon and working on the issues surrounding the impact of and adaptation to climate change: 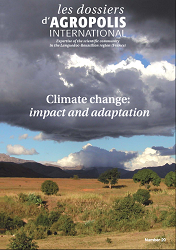 2. Climate change: decline in the Amazon carbon sink due to excessive tree mortality 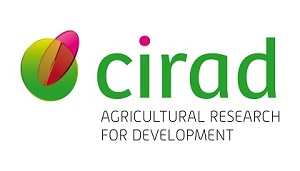 The Amazon is losing its capacity to sequester atmospheric carbon. This was revealed by a study published on 19 March in the journal Nature.

These results were obtained from an major inventory over thirty years in the tropical forests of South America. The study was the most comprehensive ever conducted of this issue to date. It was led by the University of Leeds and involved around a hundred researchers, including a large number from France (CIRAD, CNRS and INRA), working within Labex CEBA.