101 years to the day since the signing of the 1918 Armistice, two ceremonies are held in tribute to all those who fought for France 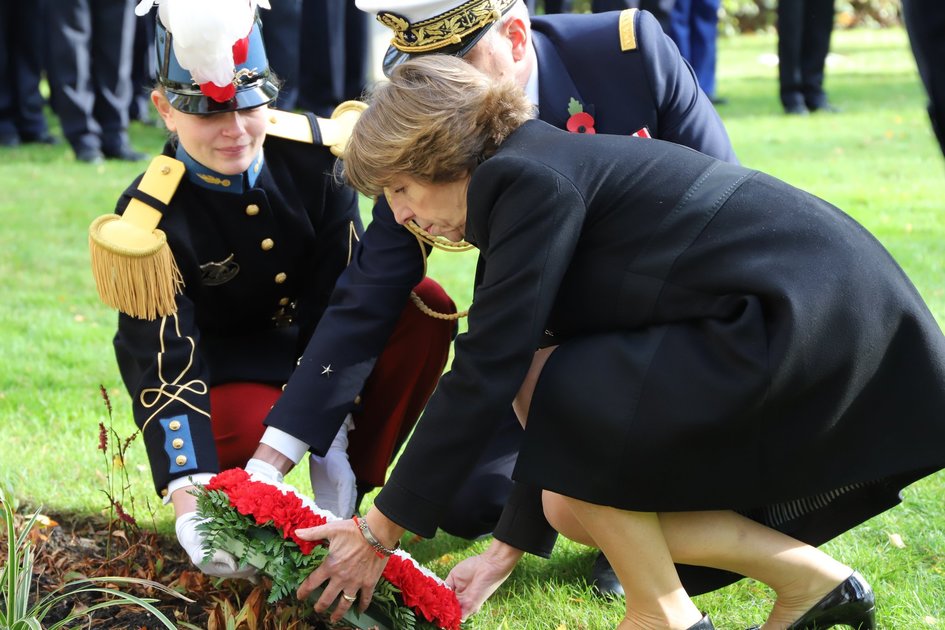 French Ambassador Catherine Colonna has begun commemorations of the 101st anniversary of the signing of the 1918 Armistice by presiding over a ceremony at Brookwood Military Cemetery, alongside Consul General Guillaume Bazard and Defence Attaché Rear Admiral Luc Pagès.

Civilian and military Embassy staff and veterans’ associations are taking part in the commemorations. Together, they will pay tribute to French soldiers and also those soldiers from outside France who gave their lives during the First and Second World Wars.

The Ambassador said: “11 November 2019 is particularly symbolic today. After the Great War centenary commemorations which have punctuated the past four years, we remember today all civilian and military French men and women who died for France. We also honour all the Allies who fought for freedom.”

To mark this tribute to France’s Allies and highlight the unwavering friendship between France and the UK, later on at the French Residence the Ambassador awarded France’s highest distinction, the Légion d’Honneur, to three British veterans: Keith Whiting, Jean Neal and William Allen.

Catherine Colonna expressed “our country’s gratitude to these heroes, who helped liberate France during the Second World War”. Each veteran being decorated contributed in their own way: Keith Whiting on HMS Ramillies and the Normandy beaches, William Allen from Field Marshal Montgomery’s operational HQ and in the Royal Berkshire Regiment, and Jean Neal at Bletchley Park’s Code and Cypher School.

The Ambassador thanked them for their sacrifices: “At a time when Europe was experiencing its darkest hours, my country was fortunate to be able to count on the support of its closest partner, the UK, and of the brave British people who fought for our common values: freedom, democracy and peace.” To see the photos taken at the ceremony at the French Residence, click the image below. 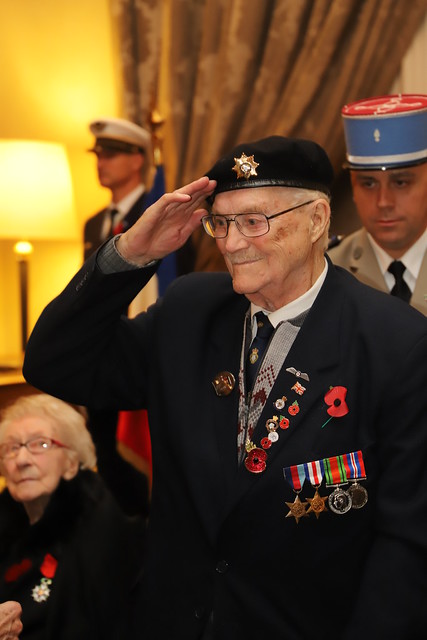