Election results in UK show 95 per cent vote for Macron

Ambassador Bermann hosted journalists at her Residence in Kensington Palace Gardens for the announcement of the projected winner of the second round of the French presidential election – Emmanuel Macron.

In a packed room of journalists that included New Statesman editor Jason Cowley, Gideon Rachman and Henry Mance from the FT, Sarah Sands of the BBC’s Today Programme, Faisal Islam of Sky News and Catherine Philp of The Times, French television announced that Emmanuel Macron was projected to be the President-elect.

It was later confirmed that Emmanuel Macron had received 95.1 per cent of the vote in the United Kingdom.

See the full results in the UK below: 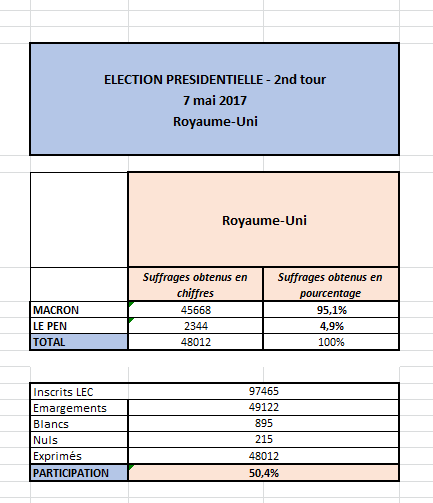 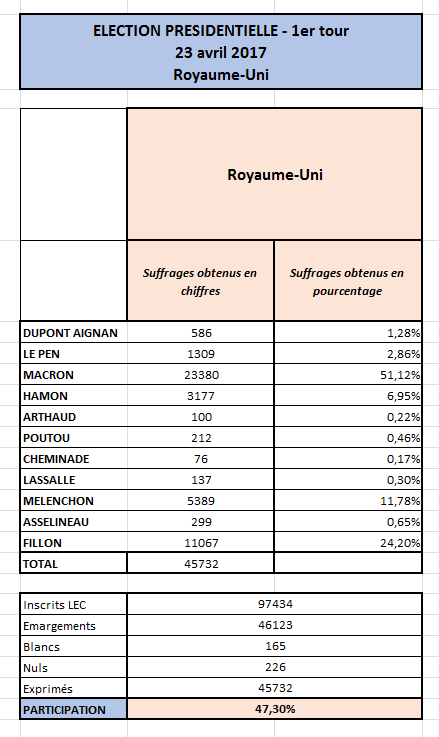 See our photos from the evening here: 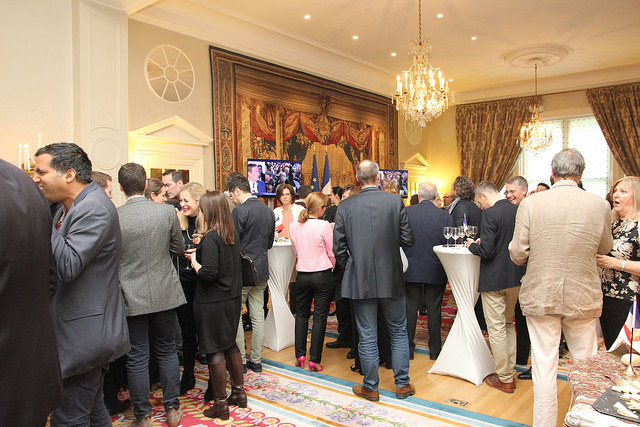 See our photos of the Ambassador casting her vote in Lycée Charles de Gaulle here: 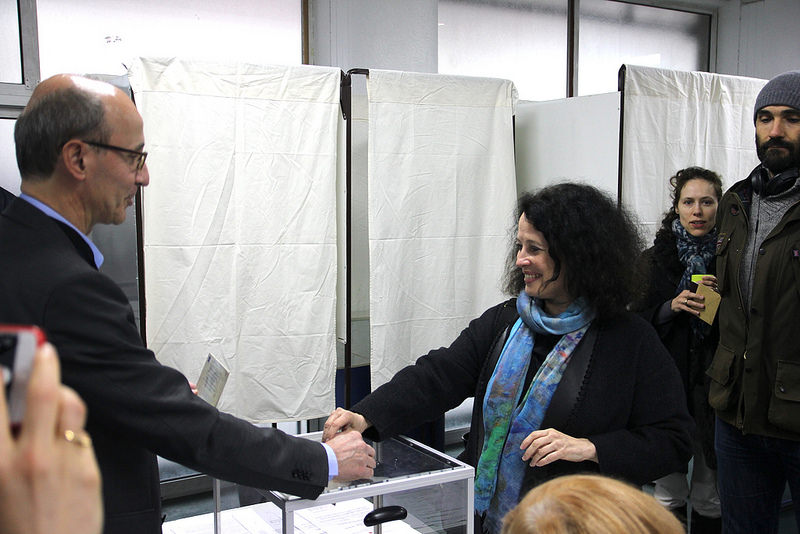 Watch the video of Ambassador Bermann casting here vote in South Kensington, courtesy of the BBC