This year for International Women’s Day, Ambassador Sylvie Bermann will host a series of events on Wednesday 8 and Thursday 9 March, focusing on gender diversity in the workplace 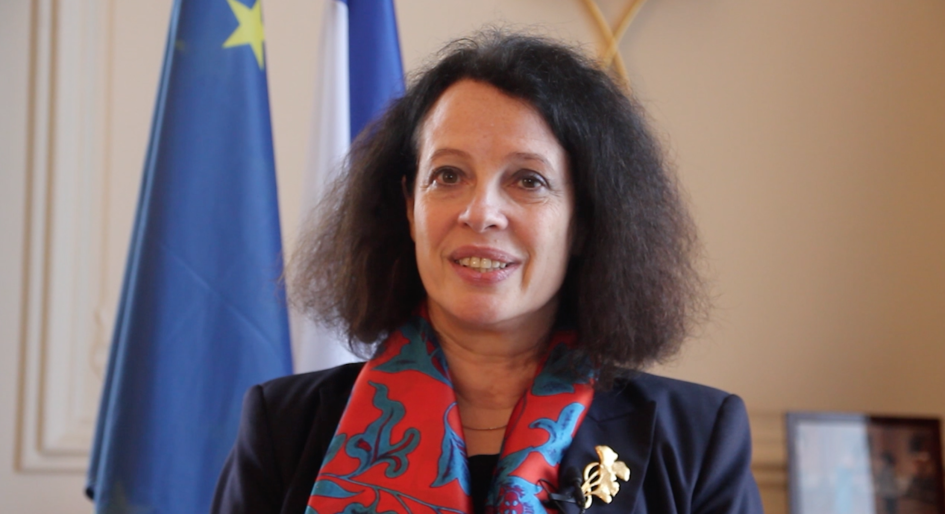 From high-level working lunches and workshops to screenings of "Des Femmes et des Hommes" by French film director Frédérique Bedos at the LSE, the Institut Français and the Lycée Winston Churchill (and on 10 March at Alliance Française Glasgow), a series of events will seek to provoke debate on how to keep the momentum going and avoid losing ground, in the current context of great political uncertainty, on progress made so far in this area.

Through these activities, Ambassador Bermann hopes to foster a rich exchange of experiences and views with the aim of pushing gender equality and diversity in the workplace even further.

Participants will include decision makers and gender champions in the civil service (FCO, Ministry of Defence), managers responsible for diversity across sectors (TechUK, Wellcome Trust, Women in Sciences and Engineering) and journalists. On the French side, Nathalie Loiseau, director of the National School of Administration for civil servants and author of "Have it all", and film director Frédérique Bedos will provide their insights from across the Channel.

Art can play an important role in raising awareness on what is yet to be done. At the Ambassador’s residence on Thursday 9 March, French documentary filmmaker Marian Lacombe and British photographer Leonora Saunders will present and exhibit their work focusing on gender diversity in the workplace. Marian Lacombe will discuss “The Female Lead”, a campaign founded by Edwina Dunn that seeks to make women’s stories more visible and offer alternative role models to those ever-present in popular culture. London artist Leonora Saunders will present her “10% and rising” project, highlighting women working in male-dominated industries through a series of portraits.

Ahead of International Women’s Day and in partnership with the charity Chefs Adopt a School, Ambassador Bermann visited Franco-British school Marie d’Orliac on Tuesday 7 March, to talk to children alongside French chef Amandine Chaignot. Through fun activities like blindfolded food tasting, the children learnt about the importance of healthy eating and that being an ambassador or a famous chef in a renowned restaurant isn’t just for men!

A historic moment in the affirmation of a global movement to emancipate women, the Beijing Conference enabled great strides to be made in recognizing their basic rights. Thanks to international commitments that have been made since 1995, more girls are going to school and gaining qualifications, more women are working, attaining positions of responsibility, benefiting from sexual and reproductive health services and being protected by legislation punishing gender-based violence.

Yet these advances remain fragile and women’s rights continue to be flouted on a daily basis. In dozens of countries, abortion is still illegal and contraception is unattainable. All over the world, women are victims of sexual, physical and psychological violence, and the persistence of sexism remains a major obstacle to their achieving independence. Therefore, there is still an essential need to reduce all forms of discrimination suffered by women and girls.

Today it is a matter of urgency. The risk of regression has never been so strong, at a time when the most reactionary ideologies and the most dangerous forms of extremism, particularly of a religious nature, are re-emerging. More than ever, women and their rights are in danger.

In areas of armed conflict, rape is a weapon of war. Fanatics use women as slaves and persecute them, as can be seen with the women in the Yazidi community. Elsewhere in the world, the protection of women and children from marital and family violence is non-existent or endangered, a charge of adultery is subject to the most extreme punishment, and the promotion of sexual and reproductive health is under threat. Even in Europe, some governments intend to reassign to women the role of procreating and working in the household, and are seeking to limit and even prevent all access to abortion.

Genuine equality will be impossible as long as societies continue to tolerate or exercise control over women’s bodies, through coercion or violence, whether it be physical or emotional. So on the 40th International Women’s Day, and faced with these unprecedented threats, France solemnly calls on everyone to exercise vigilance and take action.

In the face of regression, fundamentalism and ideologies that can damage freedom, we pledge to promote the universal recognition of sexual and reproductive rights and of all freedoms of women and girls.

We pledge to support the fight against all forms of violence against women and girls.

We pledge to encourage and support the emancipation of women and girls.

There is no struggle that is more universal./.

Combating sexism in the workplace: a guide

Gender equality battle is "far from over", says Minister