Ceremonies at Brookwood military cemetery, the Marshal Foch statue in London and the French Residence show the French community’s solidarity with the UK on Remembrance Day 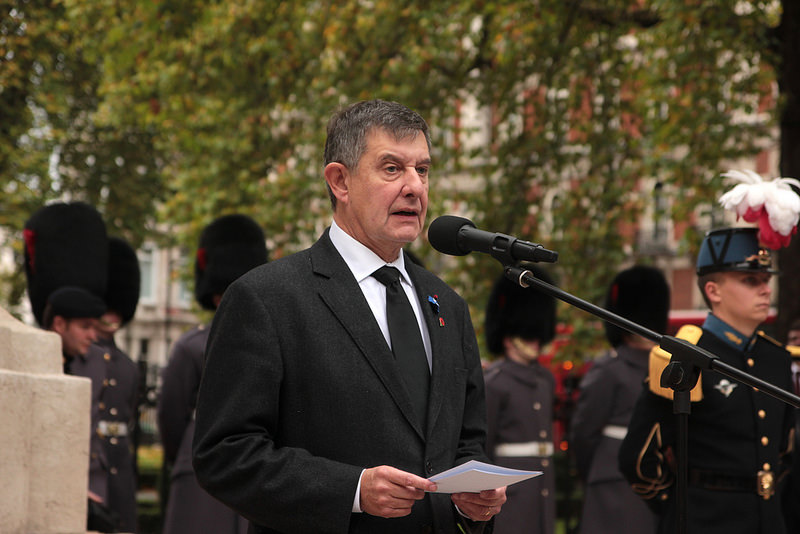 Junior officers from the French military academy of Saint-Cyr and representatives of French veterans’ associations joined civilian and military members of the Embassy’s defence department at Brookwood to pay tribute to the French and foreign soldiers who gave their lives in the First and Second World Wars.

The Ambassador paid tribute to all those who had lost their lives in both world wars, while also praising the more than 20,000 French soldiers currently serving their country on foreign operations.

Later, a second ceremony, attended by the Ambassador and the Lord Mayor of Westminster, Cllr Ian Adams, took place at the foot of the Marshal Foch statue in London.

Alongside were Coldstream Guards from the Household Division and delegations from French voluntary organizations and schools in London, including the Lycée International Winston Churchill and the Lycée Charles de Gaulle, one of whose pupils also made a speech.

Ambassador Jouyet said: "Remembering is never forgetting what those before us have endured, in order to draw lessons for future generations."

The Ambassador then awarded the Légion d’honneur to seven British Second World War veterans, at the French Residence in Kensington.

Addressing the veterans, the Ambassador said:

“You embody the virtues of self-sacrifice, perseverance and dedication to the cause of freedom: virtues that make you heroes, virtues society can learn from, virtues that can inspire young people.”

To see the photos taken at the Marshal Foch statue and at the French Residence on 11 November, visit our official Flickr page.