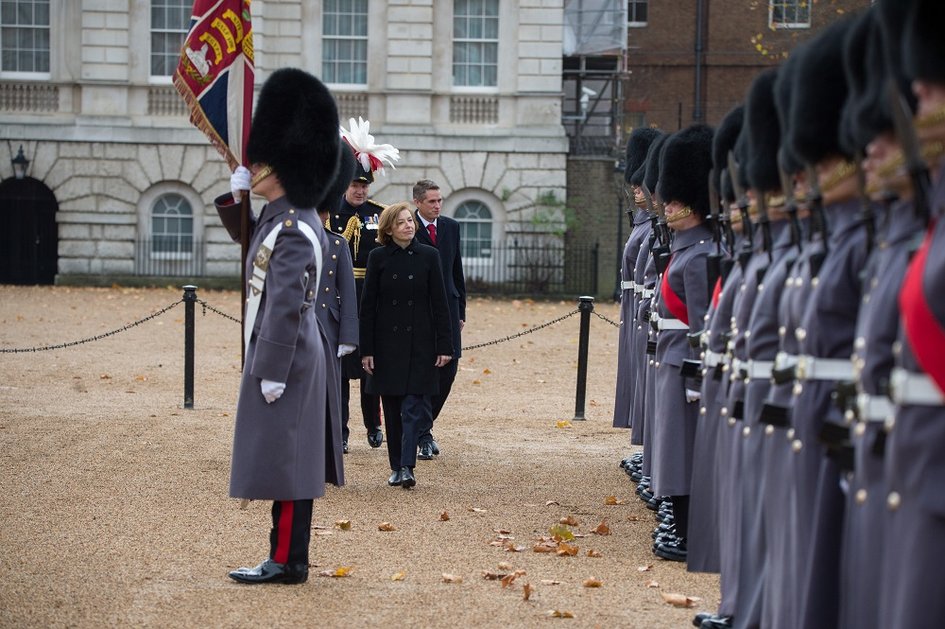 French Minister of the Armed Forces Florence Parly has visited Admiralty House as a guest of the UK Secretary of State for Defence, The Rt Hon Gavin Williamson MP.

The visit began with a Guard of Honour on Horse Guards Parade provided by Number 7 Company Coldstream Guards with the Regimental Colour as a symbol of continuing and deepening Franco-British defence cooperation.

Following an inspection of a Guard of Honour at Horse Guards Parade, the Defence Secretary and the French Minister of the Armed Forces signed an agreement to increase British and French co-operation on countering all kinds of trafficking in the Channel, one of the busiest maritime highways in the world.

Florence Parly said: “Our bilateral defence relationship has always been strong with our ally across the Channel; we’re working at strengthening it further, in the run-up to the next Franco-British summit".

The agreement builds on existing maritime cooperation between the Royal Navy and French Navy, which includes joint exercises and intelligence-sharing. It will ensure both countries use the most modern technologies and share knowledge, to help identify suspicious activities and conduct maritime security operations.

The meeting came ahead of the next UK-France Summit in the new year, which will further strengthen the UK and France’s Defence cooperation under the Lancaster House Treaty.

UK must be involved in Defence Europe, says President