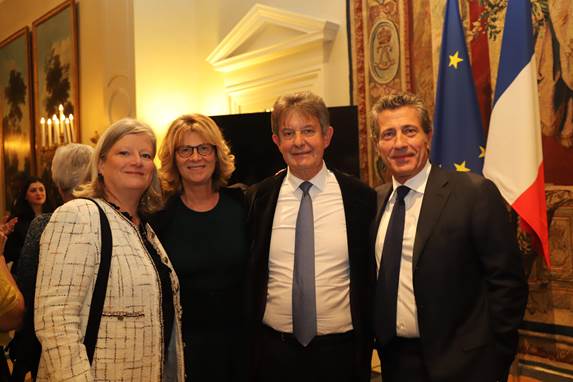 The Société Française de Bienfaisance (French Benevolent Society) and the Dispensaire Français de Londres (French Clinic in London) were established more than 150 years ago. Born of a desire to help the most disadvantaged French people, the Société was created in 1842 by a member of England’s high society, Count d’Orsay. Twenty-five years later, a French hospital and clinic opened its doors in Soho, presided over by Queen Victoria, who also became its first patron. The hospital was sold a century later to offset growing financial difficulties, but the Dispensaire has continued to operate to this day.

In its century and a half of existence, the French Clinic in London has come to the aid of thousands of needy French people, received patronage from several members of the British Royal Family and today treats up to 2,500 people a year. It paired up with the French Benevolent Society in 2014, and the two bodies work in close cooperation to help French speakers in vulnerable situations, drawing on the altruism of volunteers, health professionals, social workers and volunteer doctors and on contributions from generous donors.

The DF-SFB, which numbers 35 volunteer doctors among its ranks, is not only a place where people can get medical help but also a bilingual social and psychological support for the French speakers in difficulty who cross its threshold. The institution has a permanent office providing a listening service and social care and has set up support groups for elderly people, as well as organizing regular outings for its patients.

The story of these two initiatives also takes place against the background of Franco-British friendship as long-standing as it is deep. Indeed, numbers of French people settling in the British capital have always been very high. From the 16th century, waves of Huguenot refugees fleeing religious persecution in France came to London. Charitable foundations were set up to cater for them, and these also provided assistance to French refugees of all stripes during the French Revolution, the economic turmoil caused by the Industrial Revolution, and the Second World War.

To encourage and support the fine example of generosity and dedication provided by the DF-SFB, Jean-Pierre Jouyet, French Ambassador to the UK, hosted members of the French Benevolent Society and the French Clinic at the French Residence to pay tribute to their commitment and show how much the Embassy and Consulate value their work. Ambassador Jouyet also used the occasion to unveil the sculpture kindly gifted by Dr Hakim Nadey, volunteering surgeon at the French clinic and sculptor.

The Embassy and Consulate work regularly with the two institutions to organize galas, fundraising and other events, thus helping ensure the continuity of French charity work in London.