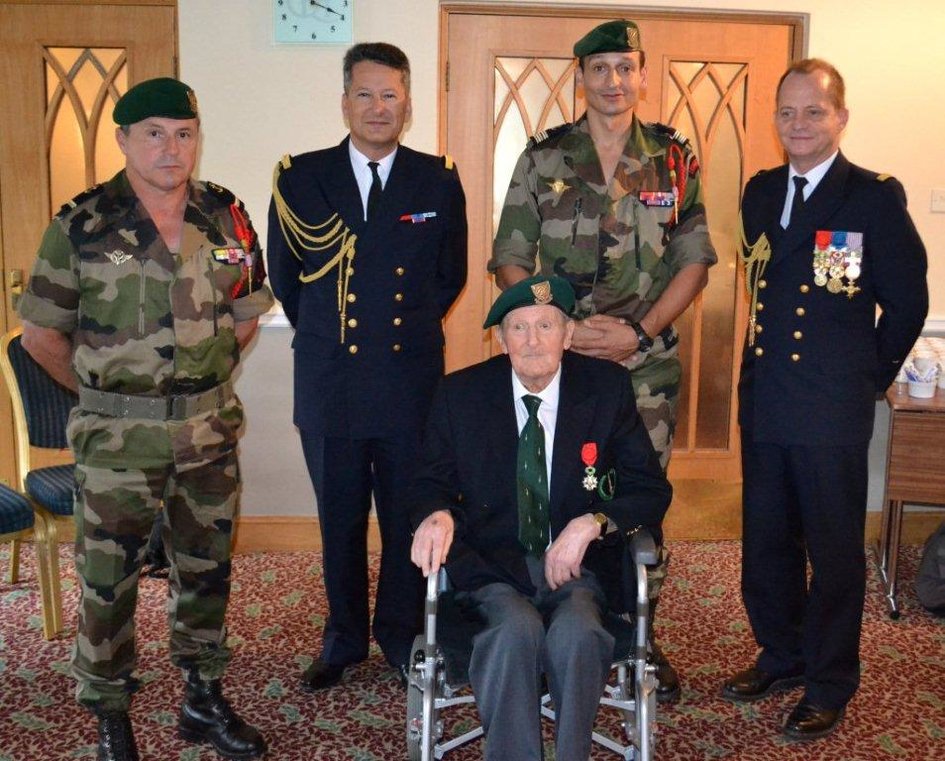 On 8 October, the Defence Attaché presided over a moving ceremony of tribute to a D-Day veteran. François Andriot, 93, was promoted to the rank of Officier in the Ordre national de la Légion d’Honneur for his commitment to serving the nation and his outstanding wartime feats. He is in fact one of the last 10 survivors out of the 177 Free French Forces (FFL) soldiers who disembarked on 6 June 1944 under the orders of the famous commander Philippe Kieffer.

After leaving the town of his birth, Chaumont, in December 1942, M. Andriot travelled to Spain, where he was imprisoned. He managed to reach Britain in May 1943 and enlisted in the FFL. He then joined the French commandos incorporated into the famous British No.4 Commando, and took part in Operation Overlord as part of the K-guns support company. He fought until the Liberation and was not demobilized until October 1945. After a few years in France, he chose to settle in Britain and has lived here ever since.

The ceremony, held with close family members in Chatham, was also attended by Commander Amaury Desrivières, the current head of the Kieffer Commando – heir to the unit comprising the heroes of the French campaign –, who travelled from Lorient to honour his great forerunner.

Minister pays tribute to those who liberated France