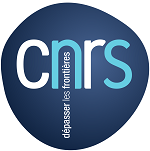 Masterstroke for physics: by detecting gravitational waves for the first time, the LIGO and Virgo collaborations were also first in observing a collision between two black holes, thus opening a new window to the Universe.

After a search that lasted half a century, physicists—more precisely those working since 2007 as part of the international collaboration associating the LIGO (US) and Virgo (Europe) observatories—have finally found the Holy Grail: the first direct observation of a gravitational wave caused by the collision of two black holes. Not only does this discovery further validate Einstein’s theory, it also brings astronomy into a new era by providing an entirely novel way to observe the most violent phenomena in the Universe.

International collaboration has been especially crucial in this discovery, French minister for higher education and research M. Thierry Mandon emphasized. 75 French scientists from 6 CNRS laboratories have been involved in the project.