* Today France is still governed according to the Constitution of the Fifth Republic.

The three powers are separated from each other:

Legislative power is exercised by two assemblies: the "Assemblée Nationale" (National Assembly, the French equivalent of the British House of Commons) and the "Sénat" (Senate). They pass Acts of Parliament.

Executive power is exercised by the "Président de la République", elected by everyone for a 5-year period, and his "gouvernement" which he appoints. The government prepares Acts and applies them.

Judicial power is exercised by an independent judiciary. 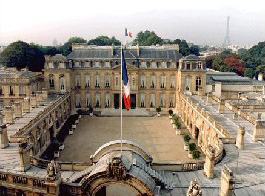 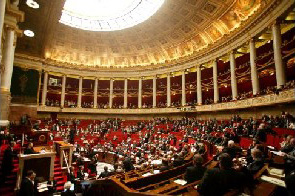 * France is part of Europe

The European Union (EU) is a family of democratic European countries determined to work together for peace and prosperity. Established in 1957 as the EEC, it now has 25 member countries and 450 million inhabitants. Of these, 12 countries – including France – belong to the Euro Area and so use the single European currency. If you want learn more about Europe, click here !

* Finally, France plays an active role in the international organizations: she is a permanent member of the United Nations Security Council. She is part of the G8 and a member of NATO.