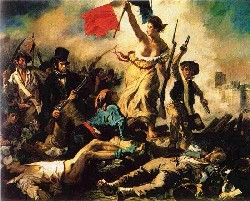 * In the eighteenth century, philosophers (Voltaire, Rousseau and Diderot) had started a new intellectual movement, the Enlightenment, which stressed the values of reason and freedom, and now new ideas appeared, in particular: liberalism, capitalism and socialism. Factories, railways and other innovations transformed the country. At the same time, France saw the emergence of a working class, often living under very difficult conditions.

* Simultaneously, new literary and artistic movements developed. In literature: Romanticism (Victor Hugo, Chateaubriand and Lamartine), Realism (Zola, Flaubert) and Symbolism (Baudelaire, Verlaine and Rimbaud). In art, it was the great era of Impressionism.

have you seen any paintings by Monet, Degas and Renoir?and of Symbolism (Gauguin). 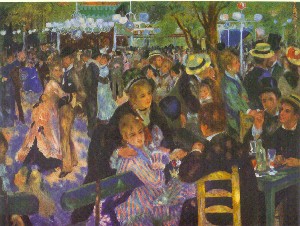 * Science didn’t lag behind. For example, did you know that it is thanks to Louis Pasteur, the famous French chemist and microbiologist, that today we have pasteurized milk? He also played a major role in the development of vaccination. It was around this time too that Pierre and Marie Curie carried out the first work on radioactivity. And the word "sociology" comes from the French "sociologie" first used by the Frenchman Auguste Comte.