The Revolution ended the Ancien Régime, the name often given to French society and the French government in the 100 or so years preceding it, and led to the birth of modern France. The ideals put forward at the time are those of France today: liberty, equality and fraternity.

You probably know that France’s National Day, 14 July, is often called "Bastille Day": Look at the picture below: the storming of the Bastille prison was the first victory of the people of Paris against a symbol of the Ancien Régime.

The decade 1789-1799 was a really turbulent one. It was hugely important for France. If you want to find out about it, click on the links (in English and French) at the bottom of the page. 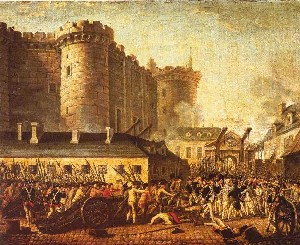 userweb.port.ac.uk/%7Eandressd/frlinks.htma great link page by the University of Portsmouth

Declaration of the Rights of Man and of the Citizen 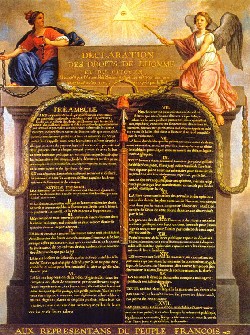