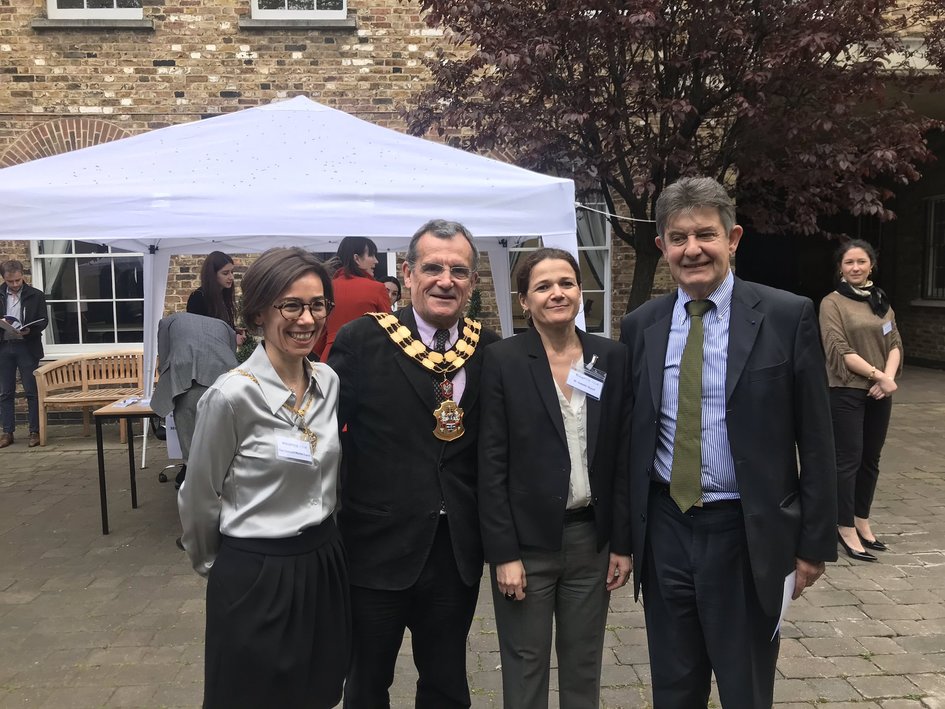 As the Université Paris-Dauphine celebrates its 50th anniversary, university President Isabelle Huault has unveiled the new campus in London, in the presence of the French Ambassador to the United Kingdom, Jean-Pierre Jouyet.

The new campus, located on Pentonville Road in central London, will welcome students pursuing a Bachelor’s in Organizational Sciences, for a course combining international focus with academic rigour.

This new campus marks the success of Dauphine’s London expansion, which began five years ago

Dauphine has been present in the UK since 2014. Having a campus in London, a first-rate city owing to its global standing and vibrant atmosphere, allows the university to strengthen its attractiveness and visibility.

The campus offers students the opportunity to take Dauphine courses entirely in English, and to benefit from the latest advances in innovative teaching, with methods and approaches inspired by other cultures, with Anglo-Saxon and French influences.

Dauphine’s involvement in London in the context of Brexit

Dauphine’s London campus embodies effective cooperation between France and the UK, in support of youth and international development. Dauphine’s numerous local partnerships with schools and organizations testify to this. The project is supported by the French Ambassador to the United Kingdom, the MP for French citizens in the United Kingdom, the Mayor of Paris, the Chair of the British Library and the Franco-British Society.

Students who choose the London campus tend to already have an international record or project, while remaining committed to the academic rigour of the French model for higher education. As a sizeable proportion of them are graduates of LFEs (French high schools abroad) or international high schools, they have often already spent several years abroad and are used to dealing with the rules of several systems.

Others grew up in France and completed a purely French curriculum but have an internationally focused project, nurtured throughout various experiences, including extracurricular activities and trips abroad. Finally, a growing number of students come from British or European universities.

A partnership with a prestigious British university: University College London

The new Dauphine campus enjoys a central location: in just a few minutes, students can reach the campus of UCL (University College London), a Dauphine partner, where they will study for a few hours each week.

The university’s partnership with the world-class UCL also gives students access to libraries, sporting activities and UCL student societies. The Pentonville Road campus is the perfect size and configuration for rolling out Dauphine’s plan to individually assist every student. Beyond providing fundamental knowledge and expertise, this is about enabling students to utilize their skills and creativity within the new campus’ start-up incubator.