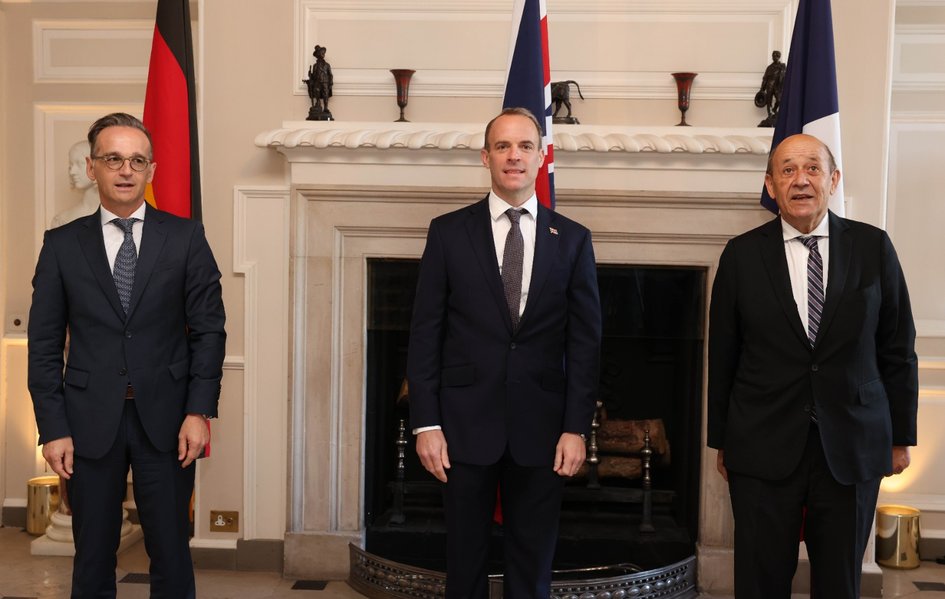 Jean-Yves Le Drian, Minister for Europe and Foreign Affairs, visited the United Kingdom on September 10 for a meeting with his British and German counterparts to discuss the Iranian issue, in which the EU high representative for common foreign and security policy also participated via video conference.

The Minister discussed with his counterparts the next steps regarding this issue. During the meeting, he reaffirmed the importance of the joint efforts of our three countries to preserve the nuclear agreement concluded with Iran in 2015, notably in the context of the invalid attempt by the United States to reimpose multilateral sanctions against Iran.

The Minister also underscored the need for Iran to reconsider the actions that are incompatible with its nuclear commitments and to immediately return to full compliance with those commitments. Lastly, the minister argued in favor of the continuation of a joint approach by France, Germany and the United Kingdom, which is key to ensuring the success of our efforts to support the JCPOA.

On the sidelines of this meeting, the Minister informed his British counterpart that a violation by the United Kingdom of the provisions of the withdrawal agreement would be unacceptable.