On Monday 8 July 2019, the brand new Université de Paris – created in January 2019 out of the merger between the Université Paris Descartes (Paris V), Université Paris Diderot (Paris VII) and the Institut de Physique du Globe – and the world-famous King’s College London (KCL) – which belongs to the unofficial “Golden Triangle” group of elite British universities situated in the cities of Cambridge, London and Oxford – formalized a major agreement to develop cooperation projects and exchanges in the fields of training and research in human and social sciences, medicine and medical biology.

Initiated nearly two years ago, the French Embassy in London has constantly supported the preparation of this agreement. The agreement explicitly links the cities of Paris and London, and representatives from these places also reiterated their support for this initiative at the event.

In this time of Brexit, it is an important gesture which reaffirms the importance of student exchange partnerships and research collaborations between France and the UK. It follows other agreements signed in recent years (between Warwick University and the Université Paris-Seine, Imperial College London and the CNRS, Oxford University and the CNRS etc.). 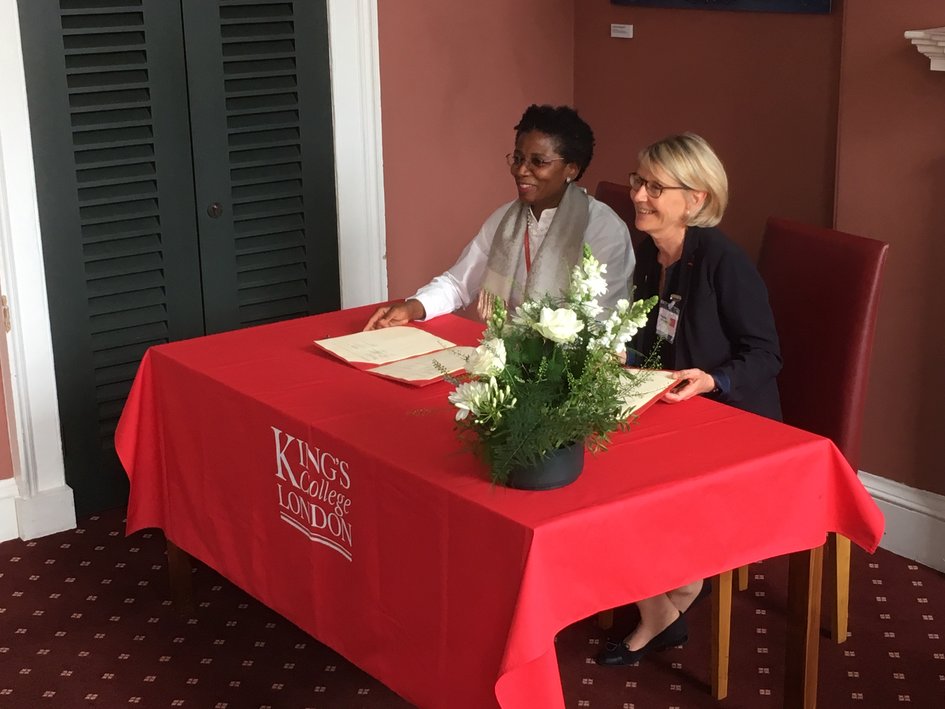