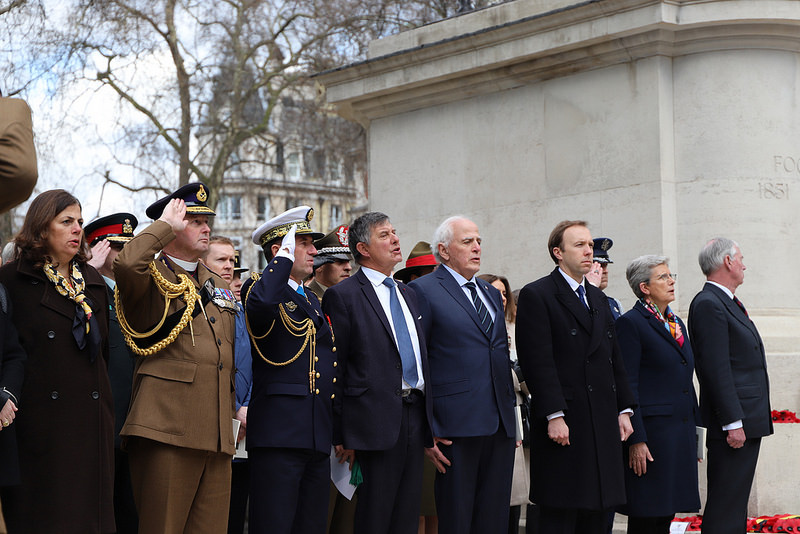 On 26 March 2018, Geneviève Darrieussecq, Minister of State attached to the Minister for the Armed Forces, visited the United Kingdom for the centenary of Marshal Foch’s appointment as Supreme Allied Commander. She met her counterparts in the Ministry of Defence and the Department for Digital, Culture Media and Sport.

In the course of the morning, she had a meeting with the Earl Howe, Minister of State for Defence, responsible for the commemorations and defence spokesman in the House of Lords. In the afternoon, she had the opportunity to meet Tobias Ellwood, Minister for Defence People and Veterans, during the reception at The Guards’ Museum that followed the ceremony.

Mme Darrieusecq also met Lord Ashton, Parliamentary Under Secretary of State at the Department for Culture, Media and Sport, with whom she had an opportunity to discuss the First World War centenary commemorations.

She then visited Grosvenor Gardens to preside over commemorations of the centenary of Marshal Foch’s appointment, alongside Matthew Hancock, Secretary of State for Digital, Culture, Media and Sport. The ceremony was held in the presence of M. Jean-Pierre Jouyet, French Ambassador to the United Kingdom; Vice-Admiral Chevallereau, Defence Attaché in London; British and French veterans’ groups; the colour guard of the 35th Parachute Artillery Regiment (regiment commanded by Foch before the war); and the Marshal’s descendants.

The Minister of State ended her day with a visit to the Royal Hospital Chelsea, which, for more than three centuries, has been home to British army veterans. Mme Darrieusecq was received by the Hospital’s Governor, General Sir Redmond Watt, and met pensioners from the military establishment.

To see all the photos of the ceremony, click the image below 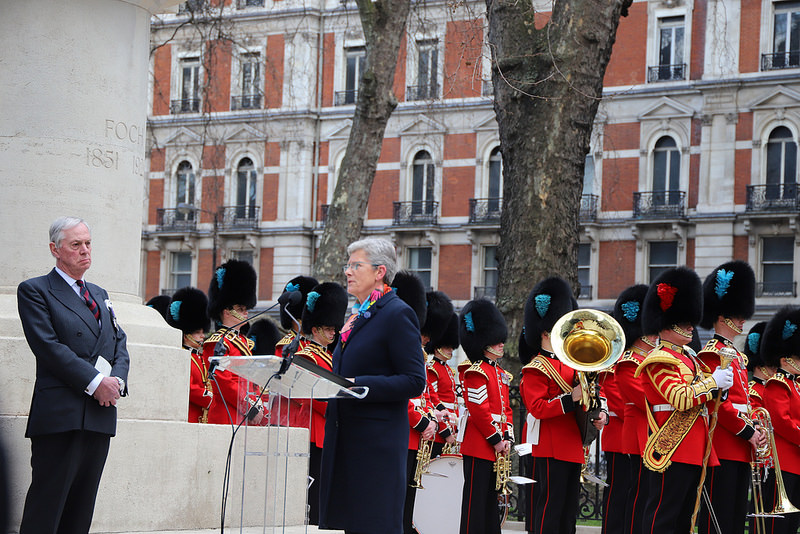