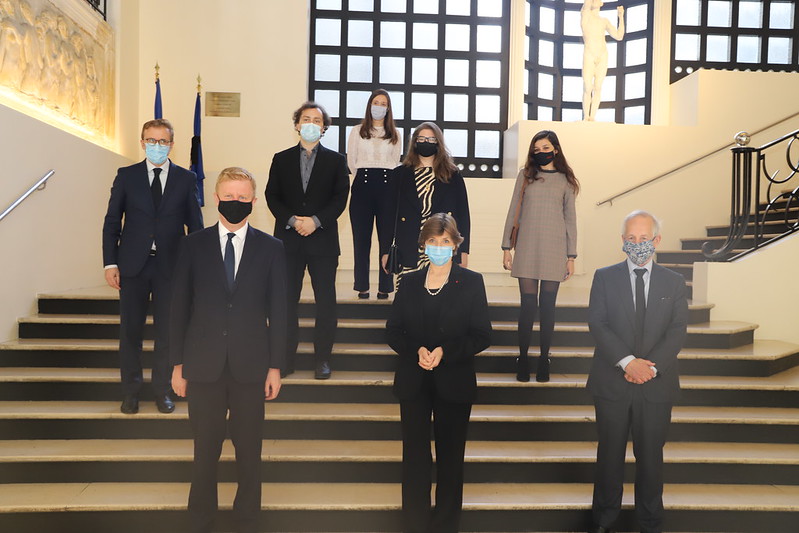 Among others, Alexander Zeldin, Associate of the National Theatre, Jacqueline Broadhead, head of Oxford University’s Global Exchange for Migration and Diversity, and Ghida Ibrahim, technical lead in the infrastructure team at Facebook UK, were present at the Institut, while other Young Leaders took part from Paris, Brussels and the Royal Air Force base in Shrewsbury. The UK Ambassador to France, Ed Llewellyn, and the co-chairs of the Franco-British Council, Hervé Mariton and Lord Ricketts, also participated in the discussion.

Young Leaders questioned the Culture Secretary mainly about the challenges posed by Brexit, the role of culture in redefining Franco-British relations, freedom of expression, social media moderation, and the role of museums and cultural institutions in promoting greater inclusivity in our societies.

Created in 2016 by the then British prime minister and French president, the Young Leaders programme, which the Franco-British Council has spearheaded since 2017, is a space for dialogue and exchange allowing French and British people under the age of 40 to forge strong, direct ties and better understand and learn from one another.