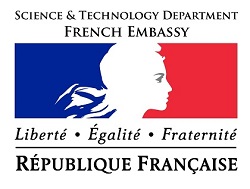 1. Keeping abreast of the UK science and technology sector

The Department watches, for the French Government and public and private research institutions, UK national and regional policies, public and institutional strategies as well as scientific and technological activities taking place in the research, development and innovation sectors.

This results in the production of documents related to STEMM (sciences, technologies, engineering sciences, mathematics and medicine) and their publication on our website and our social networks, as well as the Ministry of Foreign Affairs and International Development website. In-depth reports on UK and French strategic and/or priority topics are also produced and published.

The Department fosters and facilitates bilateral R&D cooperation and collaborations between France and the UK, with an emphasis on those embedded in the European context (H2020, ERC, Interreg, COSME, etc.).

To achieve this, several tools are being managed by the Department:

The Department invites French experts to the UK, and co-organises, or takes part in partnership with British research institutions in seminars and events targeting a non-specialist audience. High-level French scientists or entrepreneurs were thus offered the opportunity to speak about their work within prestigious institutions including the Royal Institution, the Royal Society of Edinburgh, University College London, Imperial College London and the Science Museum. The Department also maintains close ties with the Maison Française d’Oxford.

In 2013, the French Embassy launched a network of French scientists and engineers working in the UK. Dubbed CIFRU (Chercheurs et Ingénieurs Français au Royaume-Uni), this network is a privileged way for the Department to promote Franco-British scientific collaboration.