Former director of World Trade Organization Pascal Lamy and Clément Beaune, the President’s Europe Adviser, are among the speakers at the FT France debate on Europe in 2030 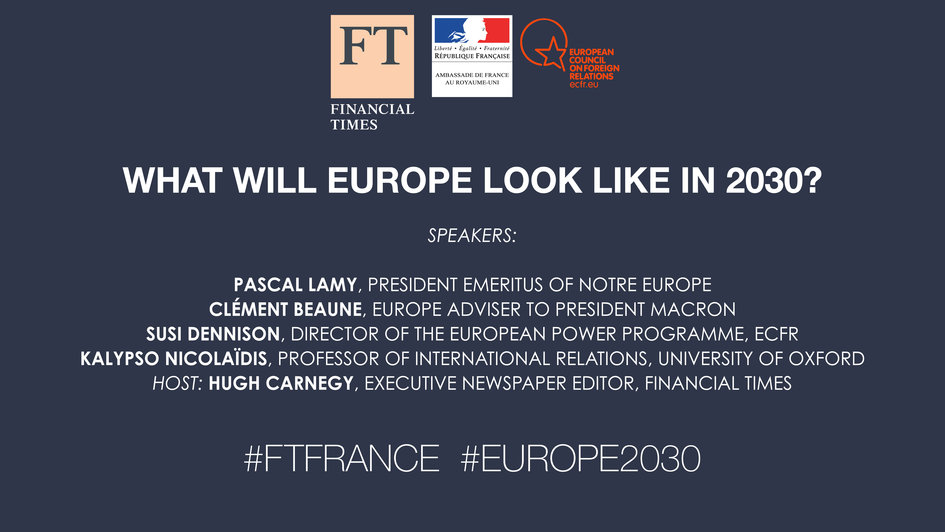 The event was the second in a series of debates held at the residence in partnership with the Financial Times and the European Council on Foreign Relations (ECFR).

The debate, chaired by FT Executive Editor Hugh Carnegy, was entitled “What Will Europe Look Like in 2030?”

Under Chatham House rules, broadcasting and attributing of quotes in the debate was not permitted.

However the French Embassy was able to broadcast Pascal Lamy’s opening remarks live via Periscope.

You can also hear more about the debate under the hashtags #Europe2030 and #FTFrance.