Presenting my Letters of Credence to Her Majesty The Queen 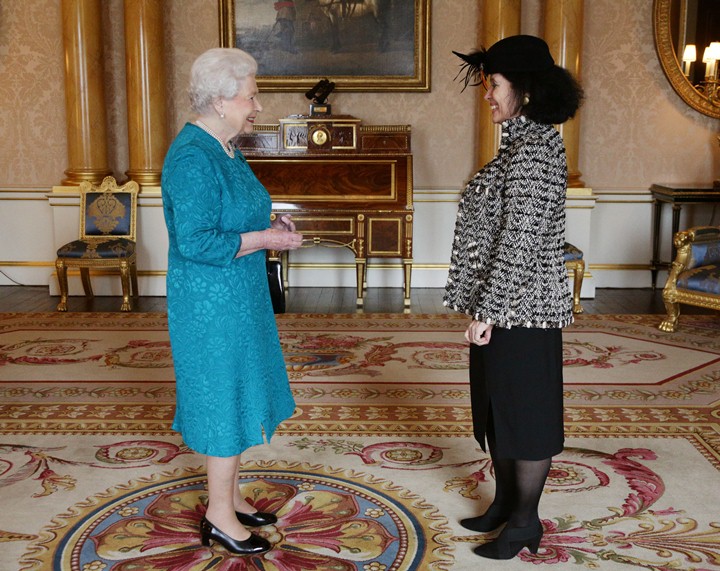 After taking up the post of French Ambassador to the UK at the end of August, on Tuesday 25 November I had the immense privilege of presenting my Letters of Credence to Her Majesty The Queen.

It was a truly unforgettable morning, and without doubt one of the highlights of my career as a diplomat. After being collected from the French Residence in a Royal State Landau, a historic and wonderfully ornate horse-drawn carriage belonging to the British Monarchy, I was driven through Hyde Park, which looked splendid with its carpet of golden-red autumn leaves. Our route took us past some iconic London sights: the Wellington Arch and Commonwealth War Memorial at Hyde Park Corner, Constitutional Hill flanked on either side by Green Park and Buckingham Palace Gardens – and which got its name in the 17th century when King Charles II used to take a daily “constitutional” walk along it – and of course the Queen Victoria Memorial which towers before the gates of Buckingham Palace. It was a curious and exhilarating sensation to travel through the centre of London, with its cars, black cabs and red buses, in a vehicle that has been used by the Royal Family for many decades. Now that’s what I call travelling in style!

Presenting my Letters of Credence to HM The Queen was significant for a number of reasons. First, of course, as confirmation of my formal diplomatic accreditation as France’s Ambassador in the UK. It is a great honour to be head of mission in a country with which France has such a unique and long-standing bond, and with which there are so many opportunities for collaboration across the fields of defence, energy, enterprise, sport and culture, to name but a few. I’ve been working to reinforce these ties, and forge new ones, since my arrival here three months ago and look forward to continuing this work in the years ahead. And of course, faced as we are today with some of the most serious international crises the world has ever known, France and the UK’s unity – as part of a wider alliance defending the values of freedom, peace and democracy – is more essential than ever.

Moreover, it was a particular privilege for me to present my credentials to a remarkable Queen with such a great fondness for France. Her Majesty has made five state visits to France – it is the European country she has visited more than any other – and her most recent visit, in June this year, was to commemorate the French, British and Allied men and women whose courage on the beaches of Normandy seventy years earlier led to the liberation of France. We continue to pay tribute to veterans from the Allied forces throughout this year, and I have had the privilege of presenting a number of British veterans with the Légion d’Honneur – France’s highest honour – in London since my arrival. If anything is a reminder of the value and strength of the Franco-British alliance, then it is this.

The Queen’s affection for France is reciprocated across the Channel. As part of this summer’s state visit, Paris’s Marché aux Fleurs – a vibrant, bustling hub in the very heart of the city – was renamed Reine Elizabeth II in The Queen’s honour. Huge numbers of French tourists visit London every week to stand at the gates of Buckingham Palace and watch the Changing the Guard. I was delighted to witness it myself when our carriage arrived at the palace gates just as the ceremony was taking place. I particularly enjoyed the music played by the Guards band.

I am delighted to have made formal my diplomatic status as French Ambassador to the UK with this most traditional of British experiences, steeped in history, decorum and style. After presenting my letters to The Queen, it was with enormous pleasure and pride that I listened whilst she spoke of how important the links between our two countries are. It is my honour to have the duty, over the next few years, of strengthening this special alliance.