President Macron presents Légion d’honneur to the city of London

On 18 June 2020, French President Emmanuel Macron presented, in an exceptional capacity, the Croix de Chevalier de la Légion d’honneur to the city of London, as a way of expressing France’s gratitude to the city that fought for its own, as well as France and Europe’s, freedom during the Second World War 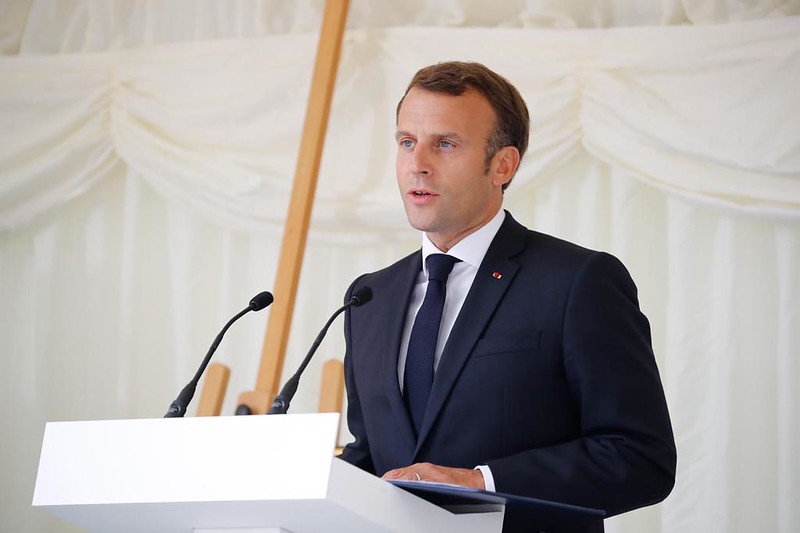 To mark the 80th anniversary of General de Gaulle’s 18 June Appeal on the BBC’s airwaves from the British capital, President Macron presented, in an exceptional capacity, the Légion d’honneur to the city of London for the crucial role it played as a symbol of freedom during Europe’s darkest hours.

The Croix de la Légion d’honneur was presented to HRH The Prince of Wales, representing the city of London, and in the presence of London Mayor Sadiq Khan.

The key moment of the visit took place at Carlton Gardens, in front of the statue of General de Gaulle, where the President laid a wreath and presented the city of London with the Légion d’honneur. During his speech, the President highlighted the decisive role played by the United Kingdom in the creation of the Free French Forces by General de Gaulle.

“Eighty years ago today, on 18 June 1940, the United Kingdom gave Free France its first weapon: a BBC microphone (…) That evening, de Gaulle became the voice and breath of Free France”, the President recalled in his speech. London was also the bastion and the heart of the French Resistance against Nazi Germany, “the cradle of Free France”.

The city of London was honoured in recognition of its support for the exiled French Government at that time. London not only hosted Free France, it also commanded admiration across Europe for its resilience and Londoners’ spirit of resistance during the Battle of Britain and the Blitz.

“In recognition of the French Republic’s infinite gratitude to the city of London,” said the President as he presented the Légion d’honneur to the city, in the presence of TRH the Prince of Wales and the Duchess of Cornwall, Mayor of London Sadiq Khan, and the BBC Director General Lord Hall.

The President’s visit continued in Charles de Gaulle’s offices at Carlton Gardens, the Free French Forces headquarters. He then visited 10 Downing Street, where he was welcomed by Prime Minister Boris Johnson. During their private meeting, the heads of State spoke of the enduring ties uniting France and the United Kingdom.

The President and Prime Minister watched the flypast by the Patrouille de France and the RAF’s Red Arrows, which had flown over Paris a few hours earlier. President Macron then went to the French Residence, from where he spoke on the telephone to Her Majesty The Queen. 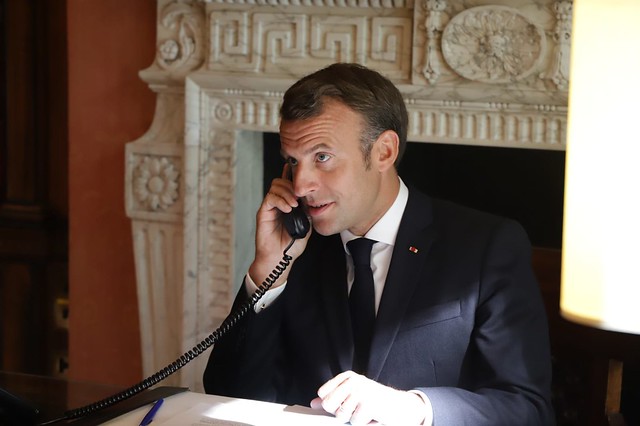 The President thanked the Queen for the welcome that the Royal Family gave to Free France in 1940, and again on the 80th anniversary of the Appeal of 18 June 1940.