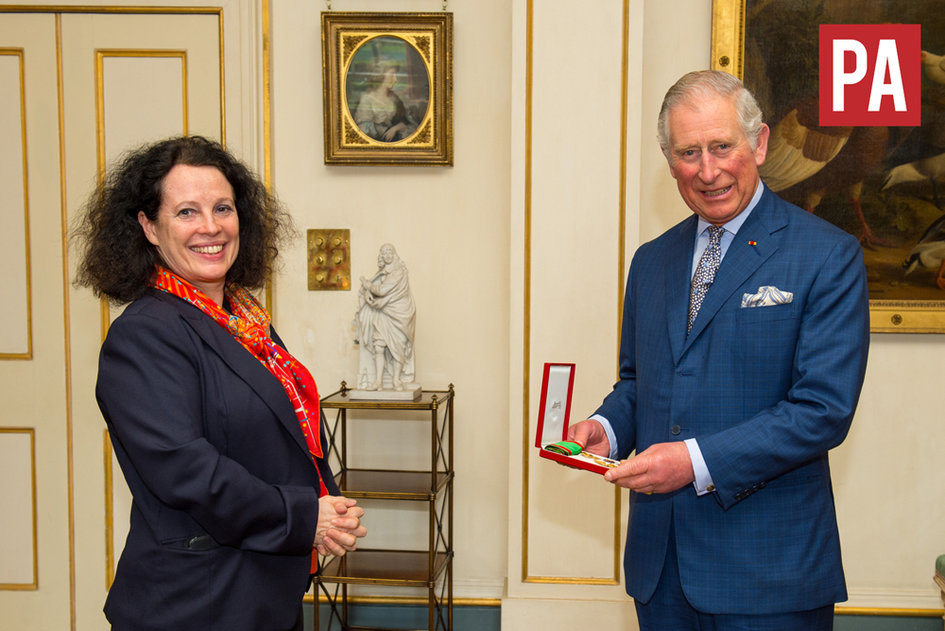 HRH The Prince of Wales received the insignia of the Order of Agricultural Merit for his close cooperation with France and for promoting more sustainable and resilient forms of agriculture.

By awarding HRH The Prince of Wales this merit, France wanted to pay tribute to his role as a pioneer in the promotion of agro-ecology, and to thank him for the high level of interest that The Prince of Wales’s International Sustainability Unit has shown to the 4 per 1000 initiative (soils for food security and climate).

The insignia of Commander of the Order of Agricultural Merit is one of France’s highest merits and is an order bestowed by the French Republic for outstanding contribution to agriculture.

His Royal Highness made his first speech on the environment in December 1968 and has long warned of the irreversible effects of climate change. As an environmental leader for over 40 years, he has worked with businesses, charities, governments and other organizations to help promote sustainable ways of living and working. His International Sustainability Unit works to convene high level meetings, such as the one planned on the 16th March, bringing together governments, NGOs and the private sector to make progress in resolving critical environment and development challenges.

In January this year a new Ladybird Expert book on climate change co-authored by The Prince of Wales was released. The book, which was written alongside environmentalist Tony Juniper and climate scientist Emily Shuckburgh is the first in a series of Ladybird Expert books and explains the history, dangers and challenges of global warming and explores possible solutions to reduce its impact.