The Toulouse School of Economics, whose President, Jean Tirole, was awarded the Nobel Memorial Prize in Economic Sciences in 2014, has organised on June 1st, 2017 a debate on the theme "Combating climate change: can global agreements, regulation or markets ever deliver?". 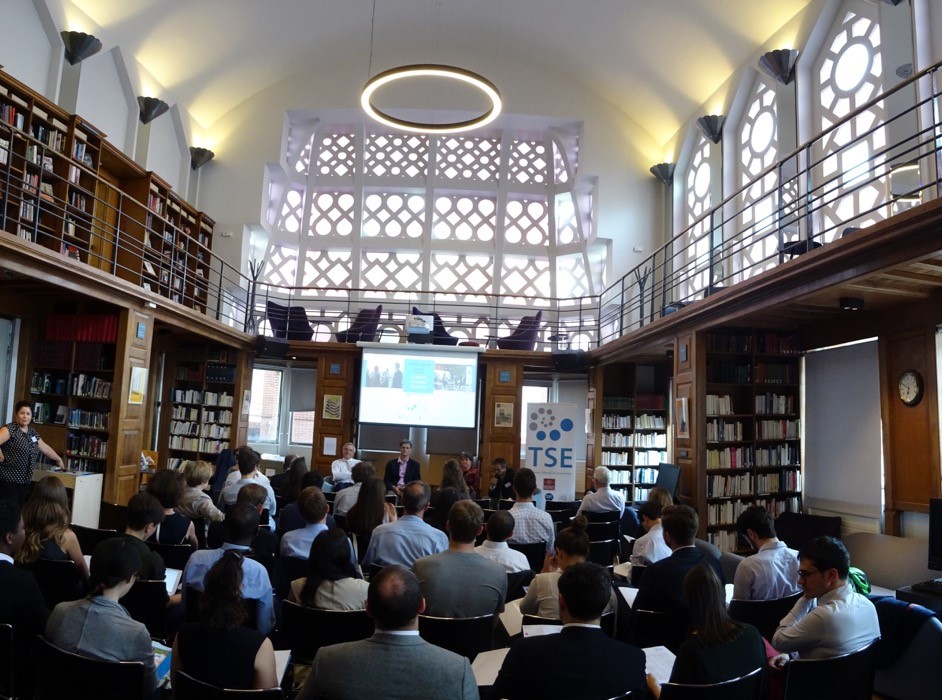 This debate was held in the Library of the French Institute of the United Kingdom and gathered three prominent personalities: • Christian Gollier, Professor of Economics and Vice president of TSE, currently on sabbatical leave at UCL, • Rick van der Ploeg, Professor of Economics at Oxford University and research director of the Centre for the Analysis of Resource Rich Economies (OxCarre), • Julia Elizabeth King, Professor in Cambridge and Nottingham, and industrial engineer (Rolls-Royce); She received the title of Baroness Brown of Cambridge in 2015, and is a member of the House of Lords, as well as vice president of the UK Committee on Climate Change.

The conference was moderated by Romesh Vaitilingam, very active media consultant and member of the editorial committee of VoxEU.org.

Happening just before the announcement by Donald Trump of the withdrawal of the United States from the Paris agreement, this debate gathered about 60 participants and analysed the doubts (ability of nations to find the motivations and means necessary to meet the challenge) and the hopes (impact of technological progress in favour of sustainable development). As pointed out, not without humour, by one of the speakers (Rick van der Ploeg): "The end of the Stone Age was not the result of the shortage of stones."

Note : Jean Tirolle will be in London for a series of conferences and debates next autumn, more precisely from 17 to 19 October 2017. More details will be communicated later on.