The State of Higher Education and Research in France - 2016

This report aims at establishing a state of the art of higher education and research in France thanks to 50 indicators. 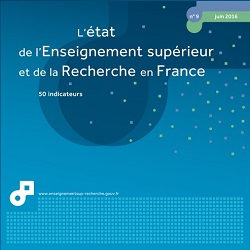 The main results to be noticed are:

Please click here to read the report (in French)