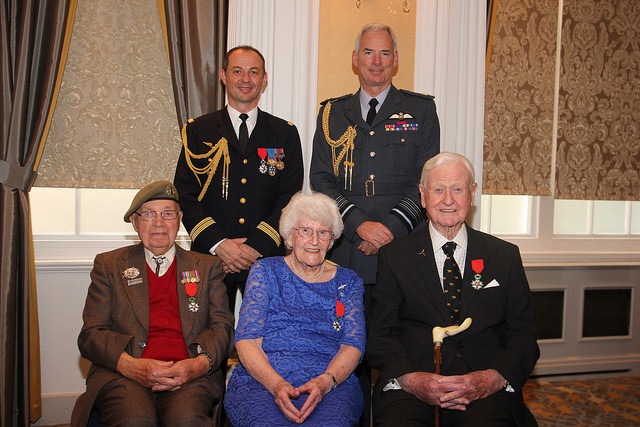 Following the decision taken by President Hollande on 6 June 2014 to award the Legion d’Honneur to all the British veterans who took part in the liberation of France, three British Second World War veterans, including a RAF ace, have been awarded the Légion d’honneur in a ceremony at the RAF Club, Mayfair.

Colonel Morand said: "This ceremony is firstly a message of gratitude to men and women who were ready to give their lives to liberate us. Through the insignia of Chevalier de la Légion d’honneur, France wants to thank you for your absolute commitment to freedom. To you, France owes its freedom.

"As this year we are marking the centenary of the Battle of the Somme, when thousands of British and French soldiers lost their lives on the battlefields of France, Sir Andrew, who joined the celebration at Thiepval on 1 July alongside the Royal family, the French President and the British Prime Minister, can attest we will never forget their sacrifices in the name of freedom.

“It is also a message to every British person: that we shall never forget what a great example you represent for me, for young people, for our countries and for the world.”

Wing Commander Thomas “Ginger” Neil joined the Royal Air Force Volunteer Reserve in 1938 at the age of 18 and was posted to No 249 Squadron during the Battle of Britain where he flew Hurricanes and shot down 12 enemy aircraft. A British ace attached as liaison officer to the 9th USAF’ 100th Fighting Wing, he took part in the invasion of Normandy flying Mustang and became the first allied pilot to land on the first runway built close to the landing beaches, the A1 airstrip, where he was eventually shot at by a German sniper on 10 June.

Leading Aircraftwoman Rose Davies was a radar operator on duty at RAF Ventnor as part of a 24-hour shift on radar reading shipping movements. On 6 June, she was on watch when D-Day started and shipping movements reached their peak, and under intense pressure, stayed on shift until the overall situation was stabilized 10 hours later.

Lance Bombardier Arthur Jones received call-up papers in February 1944, just a few weeks after his 18th birthday. He was then selected to become a tank driver and became part of the 147 Essex Yeomanry. After 20 weeks in the army, he was sent to the coast of England and crossed the channel with his Sherman tank on D-Day plus four, and then assured observation posts, selecting potential enemy target across Normandy.

To see more photos of the ceremony at the RAF Club click the image below. 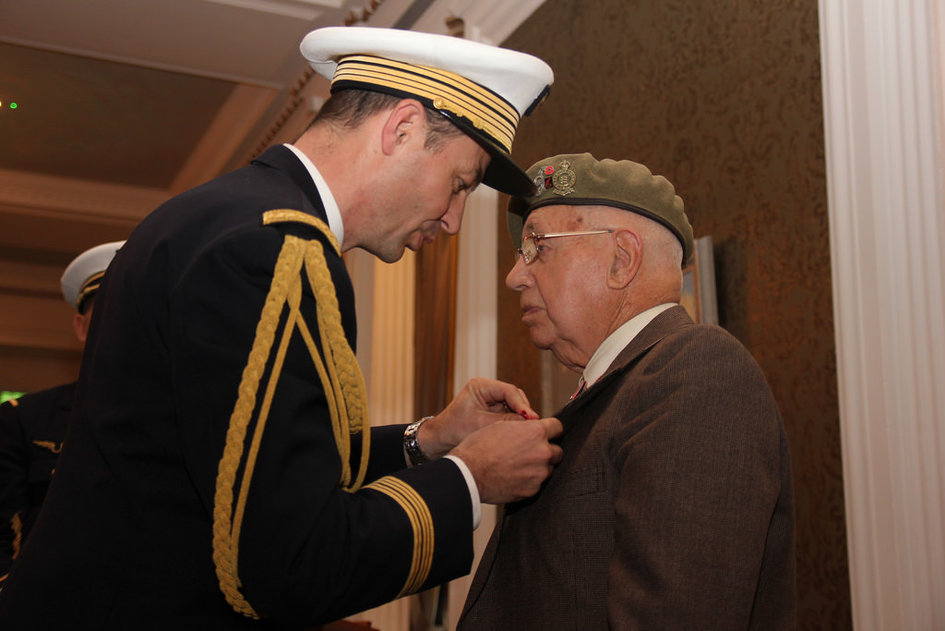