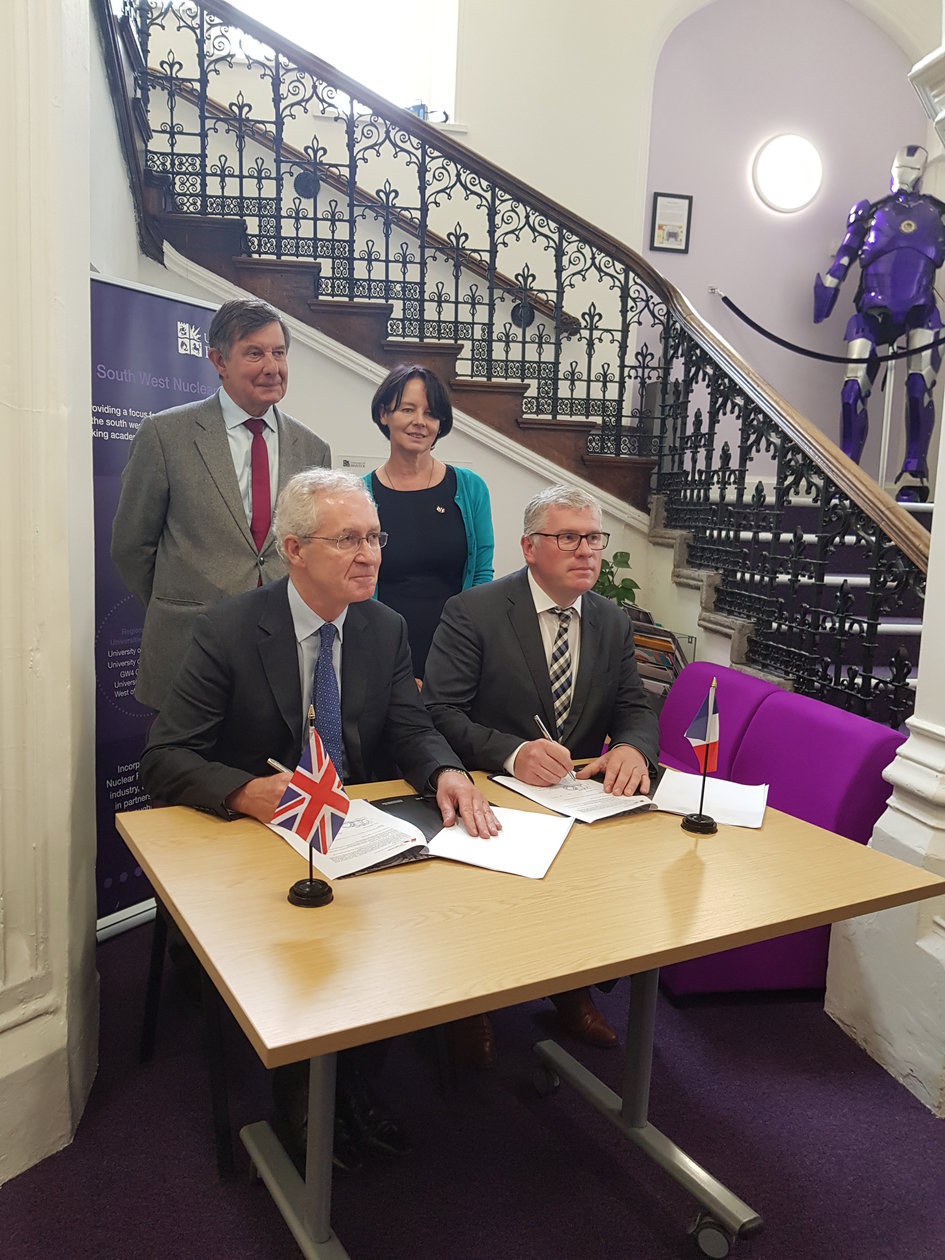 On Thursday 24 May, the Ambassador visited the South West Nuclear Hub at the University of Bristol to attend the signature of a strategic partnership agreement between the University of Bristol, represented by Professor Hugh Brady (Vice-Chancellor) and the École Nationale Supérieure d’Arts et Métiers (ENSAM), represented by its deputy director responsible for training, Professor Xavier Kestelyn.

Among other things, these closer ties should enable double degrees to be established, and are part of a deeper trend of heightened Franco-British cooperation on science and nuclear technologies training.

The plans for new nuclear power stations in which France is involved through EDF will require a large, skilled workforce.

It was to address this need, by training high-level engineers and scientists, competitive both in our two countries and internationally, that the agreement between two prestigious institutions was signed.

During his visit, the Ambassador also met the French community and was able to answer some of their questions, particularly concerning Brexit, what the Embassy is doing to help French people and the future of the Franco-British relationship.

The discussion provided him with an opportunity to better understand the French community’s concerns in this unique period.