Waterloo: Celebrating 200 years of peace between France and the UK 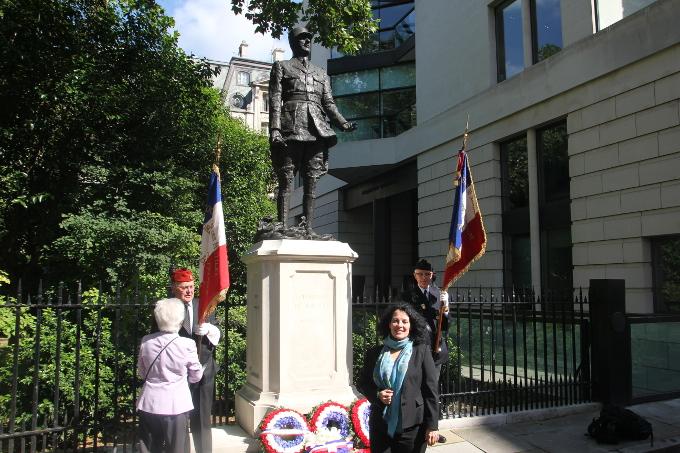 Today, 18 June 2015, is a very special day to be France’s Ambassador to the UK, as we commemorate two of the most important events in the history of Franco-British relations. Firstly, we are marking 200 years of peace between our countries with the bicentenary of the battle of Waterloo, and secondly, it was 75 years ago today that Charles de Gaulle made his famous appeal on BBC Radio to the people of France, urging them to join the Resistance.

At the Waterloo commemoration service I attended earlier at St Paul’s, in the presence of the Prince of Wales and the Duchess of Cornwall, I reflected on how far removed we are today from the state of relations between our countries 200 years ago. Waterloo ushered in the start of the longest period of peace between our two nations in their history, and over that time we have become close allies, fighting side by side in defence of freedom and democracy in two world wars and a number of other international conflicts since then.

We’ve also built up strong links and high levels of cooperation in many other areas, from trade and investment to our joint efforts to combat climate change, as well as technology, culture and sport. What’s more, the unprecedented numbers of French and British students, professionals and tourists flocking across the Channel to get a taste of life with their neighbour is testimony to the mutual appeal of our countries.

The other ceremony I attended this morning, marking the 75th anniversary of Charles de Gaulle’s Appeal of 18 June 1940, was a reminder of the deep-rooted nature of our alliance. It took place by the statue of General de Gaulle in Carlton Gardens in central London, just minutes from the old headquarters of the Free France movement where he began his fight to liberate France 75 years ago. This speech, broadcast to the people of France via the BBC, that great bastion of freedom and democracy during World War II, is credited with launching the Resistance that spread throughout France. It was a perfect entwining of resources, ideas and values, and of course none of it would have been possible without Winston Churchill. Given this history, my interview on BBC Radio 4’s Today programme this morning felt all the more fitting.

Of course in 2015 we are also commemorating the 70th anniversary of the end of the war, and I’ve already had the privilege of presenting a number of British veterans with the French Légion d’honneur, which was in fact created by Napoléon. Every time I do so, I’m reminded again of the strength of the Franco-British alliance during the Second World War and of the debt of gratitude France owes to the British men and women who risked their lives to secure its freedom.

So if Waterloo was a battle which pitted France and Britain against each other, today we are celebrating the unity that has since prevailed, and what better examples of that unity than General de Gaulle’s famous appeal over the British airwaves and the scores of British Second World War veterans whose bravery France will continue to honour this year and beyond.