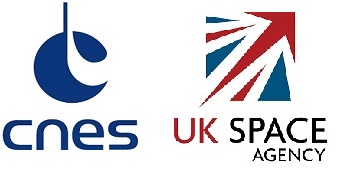 31 January 2014, France and the United Kingdom signed a framework cooperation arrangement in the presence of the French President and UK Prime Minister.

Recognizing their common interest in the use of outer space for peaceful purposes and acknowledging the increasing need of space technologies and applications to better understand our planet and to preserve its future, this framework arrangement seeks to reinforce the two agencies’ working relationship by promoting bilateral cooperation and helping to consolidate the European space ambition supported by the European Space Agency (ESA) and the European Union.

Jean-Yves Le Gall and David Parker focused on Earth-observation programmes and progress on missions that CNES is pursuing with UKSA, such as IASI-NG and SWOT, as well as the forthcoming COP21 climate conference in December in Paris, in the light of the many Earth-observation tools that are helping to better understand and anticipate climate change.

The two agency heads then reviewed a range of topics of shared interest, including ESA-EU relations and a status check on the Galileo and Copernicus programmes and the European GNSS[1] Evolution Programme (EGEP). Other items addressed were preparations for next year’s ESA Ministerial Council meeting, UK space priorities and the evolution of its space policy.

After the meeting, Jean-Yves Le Gall commented: “Our discussions with David Parker today were once again most constructive. The UK is continuing to pursue its growing space ambitions and through our regular meetings we are developing the joint activities set out in our framework cooperation arrangement and gearing up for the next ESA Ministerial Council meeting.”