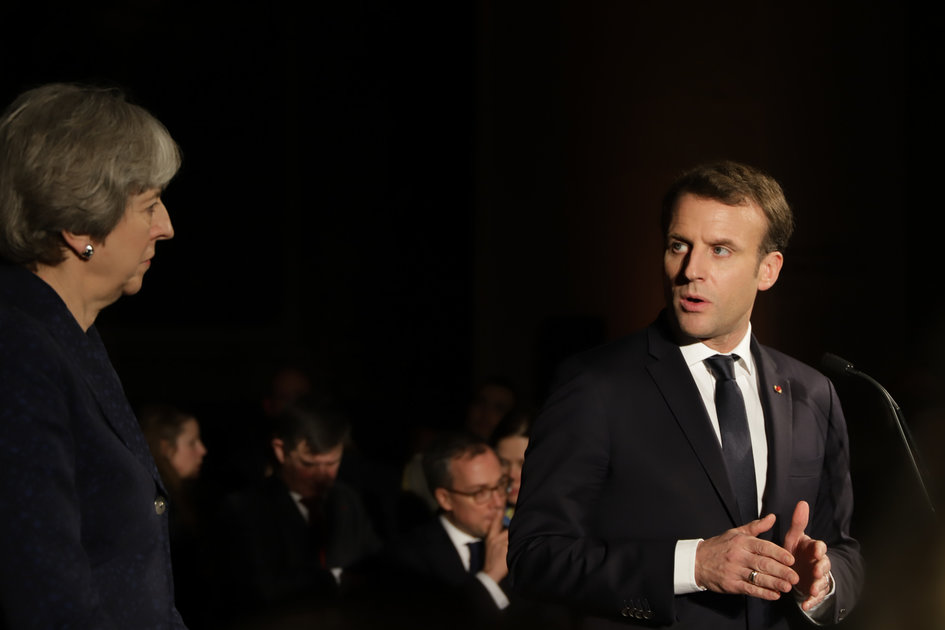 President Emmanuel Macron visited the United Kingdom and met Prime Minister Theresa May on the occasion of the 35th UK-France summit.

The summit took place in Sandhurst military academy in Berkshire, and was attended by a number of other French and British ministers including Foreign Minister Jean-Yves Le Drian and counterpart Boris Johnson; and Interior Minister Gérard Collomb and counterpart Amber Rudd.

A range of agreements were signed at the summit including in the field of security, migration, economy and culture, with France offering to loan the Bayeux Tapestry to the UK in the near future.

Emmanuel Macron and Theresa May held a press conference at the summit in which the French President paid tribute to the "unique history" between France and the UK.

He also explained the French position on Brexit and recalled that the talks will be managed by a single European negotiator.

Prior to attending the summit, Theresa May took President Macron for lunch at The Royal Oak, a Michelin-starred gastropub in her Maidenhead constituency.

French Ambassador to the UK Jean-Pierre Jouyet and UK Ambassador to France Ed Llewellyn accompanied the leaders throughout the day.

The PM welcomed @EmmanuelMacron to the UK with lunch in her Maidenhead constituency #UKFRSummit pic.twitter.com/LCwWqyqMEa

To close the summit, a reception was held for members of the Franco-British community at the V&A museum, where the President and Prime Minister addressed guests.

The President and Prime Minister posed for photos with guests, and even took a selfie with members of the Franco-British Young Leaders Programme.

At the @V_and_A last night @EmmanuelMacron and I were proud to celebrate the extraordinary values and the talented people who link our countries. More than a century on from the “entente cordiale” let us celebrate our own “entente chaleureuse”. #UKFRsummit pic.twitter.com/X6jUQ8IC3r

The following official documents from the summit can be downloaded here:

Conclusions of the UK-FR Nuclear Seminar

Declaration of Implementation of the Framework Arrangement on Space Cooperation

Declaration of Intention on Sports Cooperation

To see all the photos from the V&A event, click the image below. 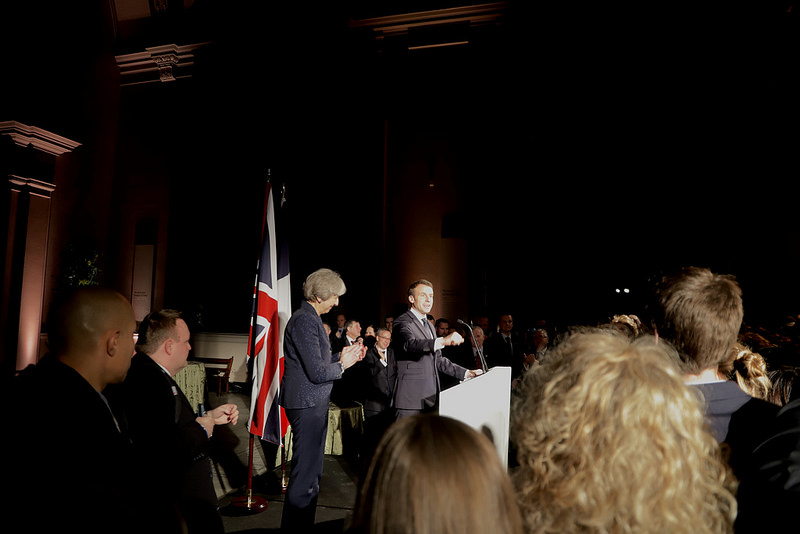