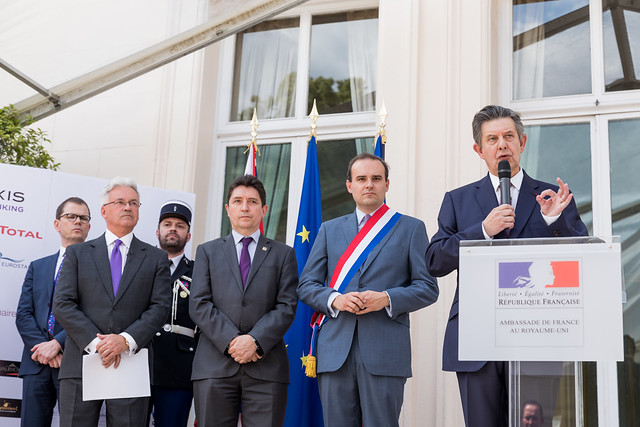 Ambassador Jouyet celebrated his final Bastille Day event at the French Residence on Friday alongside his wife Brigitte and Sir Alan Duncan MP, Minister of State at the Foreign Office.

Speaking at his residence in Kensington, Ambassador Jouyet told guests from the world of diplomacy, culture, sport, education, business and journalism that they played an essential role in developing Franco-British relations.

“I leave my position as Ambassador to the UK with a peace of mind. Because you are, all of you here, the best Ambassadors of our unique relationship”.

Sir Alan Duncan MP also addressed guests at the reception. Speaking in French, he paid tribute to the strength of the bilateral relationship that exists between France and the United Kingdom.

Around 1,800 people attended the annual event, which is held each year to celebrate France’s National Day.

Photographer Jérémie Soutreyat covered official photos of this year’s event, and his images can be accessed by clicking on the image below. 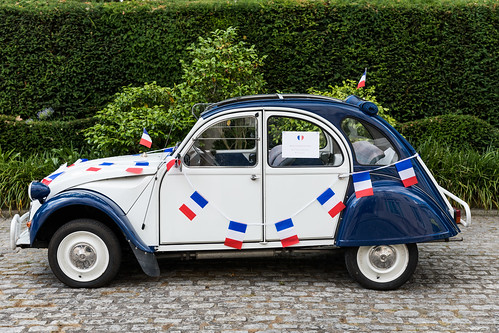 The Ambassador, who was joined at the event by guests including Mark Carney, governor of the Bank of England, and Sky News anchor Kay Burley, was attending his second and final Bastille Day event, before moving to a new role as Ambassador to the OECD in Paris. The English translation of his speech is available for download.